Once a Pirate Always a Pirate

Legends of the San Pedro Rats 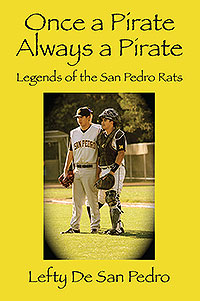 Once a Pirate Always a Pirate

Legends of the San Pedro Rats

Heart-stopping Games, Heroes and Villains from the Docks of San Pedro

This book will draw you into the soul of a small town on the docks of the Los Angeles Harbor—a town with a never-say-die attitude in sports from the sandlots to the streets, and a reputation for never backing down from a fight. A town where words like loyalty, family, pride, and love are exhibited every day, and generation after generation carry on the traditions that make it one of the most recognizable towns in the US. From the wealthy neighborhoods above Western Avenue to projects below Pacific Avenue; from Cliffs of Point Fermin Park to the five points that separate San Pedro from Harbor City, one thing remains a constant: San Pedro is a town of winners and they are proud of it. In Once a Pirate Always a Pirate, the town shares some of its most exciting and hilarious moments. Meet its greatest heroes and some of its most adventurous youths and borderline criminals in this fun and entertaining account of San Pedro, where being called a rat is a term of endearment, and the high school kids take great pride in being pirates—San Pedro Pirates. 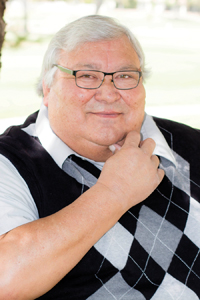 Albert “Lefty” Olguin was born and raised in San Pedro, California. A graduate of San Pedro High School, Lefty played baseball and football for the Pirates and was an All-League and All-City pitcher and a linebacker on the varsity football team. He turned down an offer to play baseball for the Cincinnati Reds to go on to college, where he coached and played at Los Angeles Harbor College, coached at Cal. State University at Dominguez Hills, and later became an associate baseball scout for the Cincinnati Reds. He was a high school teacher at San Pedro High, a college professor and athletic director at Mendocino College, El Camino College/Compton, and Barstow College. Lefty is also the founder and CEO of Future College Stars.