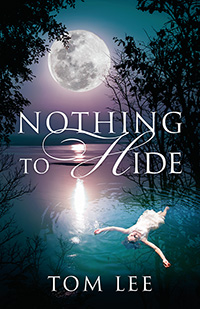 Jesus Ryan, what the hell did you do?!

GUNNY (a retired Marine, now working for the CIA) is tasked by his bosses, to find out who and why covert operations are being leaked to The Washington Post. He needs someone outside the CIA, he needs a ghost – a person no one knows about, with the required skill set. His choice, his old boss, RYAN, from his Marine Corps days.

Ryan starts down the path of discovery, and learns that FATION GJONI is the key. Fation is a ruthless crime boss from Tirana, Albania who deals with terrorist and drug cartels. Following the trail of money, he learns that EMILY ADAMSON (a money hungry southern belle and the wife of the president) is selling the covert operations, for monetary gain, and then hiding the money in a 501(c)3 nonprofit organization. Emily has her husband’s childhood friends, the STEWARTS, killed when they stumble onto Fation Gjoni and his criminal past in order to keep her secret. With Gunny supplying him money, passports, and identities to take down Gjoni, Ryan also maps out a plan of justice for Emily; but that is a plan Gunny is unaware of.

Will the CIA intervene to stop Ryan? Does Gunny have to arrest, or worse, kill his old boss to stop him from carrying out vigilante justice. Does the Washington Post expose Ryan’s hunt, which will in turn destroy the CIA? How will Ryan complete his assignment with people turning against him? Will he make a deal?

Tom Lee is a graduate of Michigan State University. After serving twenty years in the Marines, he became a pilot. He flew as a medivac pilot, corporate pilot, and an airline pilot. His third career is that of a writer. He has one book published called “There’s a Turtle on the Runway and other flying stories.”