My Time on the Clock

The Shaping of a College President 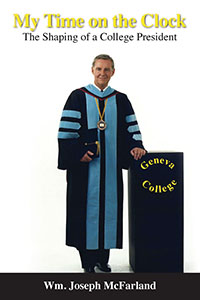 My Time on the Clock

The Shaping of a College President

The faith, fortune and foibles of the author are poignantly presented in this informative and entertaining autobiography. With self-deprecating humor and resolute honesty, the author presents a kaleidoscopic picture of events in his life, from moments of innocence to moments of utter hilarity. The pages reflect insights gained from the ordinary experiences associated with growing up during the depression as a minister's son in Western Kansas; military service as a cryptographer in Korea; a 40 year career in education; and 50 years of officiating high school and college football. 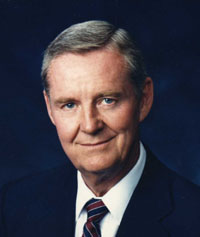 Joe McFarland grew up in western Kansas during the “dust bowl” years. Following military service in Korea he began a career in education that spanned all levels from elementary school through college administration. He held teaching and administrative positions in Kansas elementary and secondary schools as teacher, coach and superintendent before accepting a position as Professor of Education at Emporia State University. After nine years, he became the Associate Executive Officer of the Kansas-NEA before accepting the position of Director of Academic Affairs for the Kansas Board of Regents, - the governing Board for the State Universities in Kansas. Fourteen years later, he became President of Geneva College, Beaver Falls, Pennsylvania, where he served until his retirement.

In retirement he served for a year as consultant to the President of Christ’s College, Taipei, Taiwan. A few years later, he also served a term as Headmaster of the American Academy in Nicosia, Cyprus. Throughout most of his career his steady avocation was officiating football at the high school and college level. He was the first official in the State of Kansas to work football for 50 years and during that time worked a variety of high school and college bowl games in Kansas, Pennsylvania and Australia.