Beams of Heaven Guiding Me

Looking back on God's hand in my life 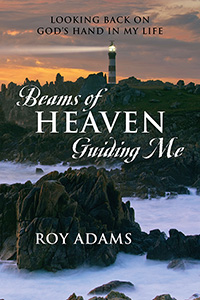 Beams of Heaven Guiding Me

Looking back on God's hand in my life

Over the course of his career, Roy Adams has traveled to multiple countries on nearly every continent as a pastor, seminary professor, and speaker. He’s the author of eight books and hundreds of editorials and articles—and now, Adams offers his own story, with some of the most arresting, behind-the-scenes, providential experiences of his life. His memoir also ventures into some of the most sensitive, and usually forbidden, areas of his church’s operations. Adams’ memoir is one with many twists and turns, but with a multitude of clear-cut providential interventions from a God he calls his Strong Tower. He shares the story of how God used a bunch of cockroaches to bring him to a pivotal decision in his life; and about the frightening moments at the British Columbia border when, with 33 cents left in his pocket, he came close to being refused entry—and this after a harrowing journey from his Caribbean home. Beams of Heaven Guiding Me is far from a tell-all, but Adams speaks candidly about his final years at the Adventist World headquarters in Silver Spring, Maryland. Here we have an insider’s look at some of the inner workings of Adventist officialdom—an invaluable tool for those making critical administrative decisions for the church in the days ahead.

Other books by Roy Adams

The Sanctuary: Three Approaches in the Adventist Church (Andrews University Press, 1981)
The Sanctuary: Understanding the Heart of Adventist Theology (Review & Herald, 1993)
The Nature of Christ: Help for a Church Divided Over Perfection (R&H, 1994)
Crossing Jordan: Joshua, Holy War, and God’s Unfailing Promises (R&H, 2004)
The Wonder of Jesus: He Still Touches Hearts (R&H, 2007)
From the Heart: Issues facing the Church, Society—and You (Stanborough Press, UK, 2007)
Looking for a City: Briefings for Pilgrims on their Journey Home (R&H, 2014) 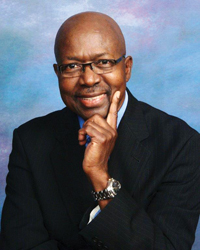 Roy Adams has served as associate editor of Adventist Review and Adventist World, international publications of the Seventh-day Adventist Church. He currently lives in Maryland with his wife Celia, his partner of more than 40 years.