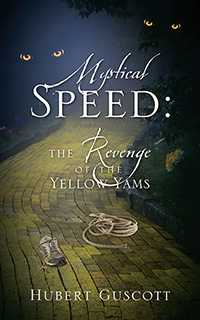 The yams are mad as hell, and they’re not going to take it anymore!

Two American track-and-field coaches are on a quest to find the secret ingredient behind the Jamaican sprinting team’s phenomenal success. They travel to Jamaica, where a street hustler has the answer they seek. In exchange for a large sum of money, he promises to get the coaches all the yellow yams—the secret ingredient—they want. But the local farms are being depleted, and when the hustler rushes to Invincible Hill to steal the enormous, magical yams, the feisty vegetables teach him a lesson he’ll never forget. Four talking yams, a ghost, a few humans, animals, birds, and foreign produce work together to put an end to the produce pilfering! Mystical Speed: The Revenge of the Yellow Yams is the sequel to Mystical Speed—both entertaining Jamaican satires with ties to the Caribbean, Africa, and the United States. 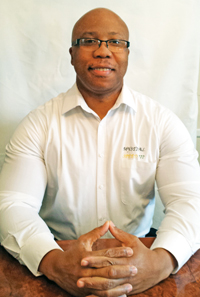 Hubert Guscott was born in Kingston, Jamaica. He is a human resource manager at the New York City Department of Education and has won several bodybuilding titles, including Mr. Hunter College and Mr. CUNY. He is also a part-time track-and-field coach. His first book, Mystical Speed, was a finalist in the 2014 National Indie Excellence Book Awards and an EVVY Award Nominee in 2014. 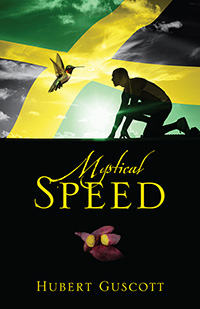