by Louis A. Dorio 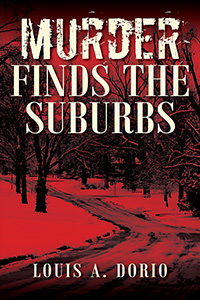 by Louis A. Dorio

Rocco DeMarco, a young police officer on a suburban “Bedroom Community” police department, north of New York City, is placed in a position of Baptism by Fire.

Just days after being assigned as a patrolman to the detective division, DeMarco, along with his lieutenant, are summoned to two bodies, found in trash bags and dumped across the street from the local high school.

The subsequent investigation presents many new and sometimes dangerous undertakings. During the course of the investigation, Rocco sometimes lets his enthusiasm cloud his awareness of the dangers he will be facing.

DeMarco and the other Investigators have to deal with witnesses, who are of the impression that a small ‘upstate’ police agency can’t handle an investigation of this magnitude.

Dogged investigating leads to the identification of three primary suspects. The case takes on a whole new level of risk when DeMarco realizes he would be dealing with a very dangerous, former enforcer from Castro’s Cuba who came to the U.S. on the Muriel Boat Lift in the 1980’s.

An undercover arrest of an additional suspect, with the prospect of him facing serious jail time, results in the young man and his father, agreeing to be witnesses against the three key participants, one of whom is the homicidal Cuban.

The nature of policing that Rocco DeMarco was looking for came to fruition when his lieutenant turns to him at the site of the two dumped bodies and says, “It’s Your Case Kid.” 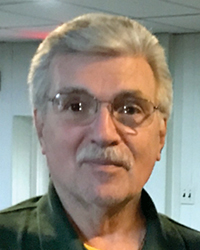 Louis A. Dorio retired after a 20-year decorated career with a suburban NY Police Department. Retiring as Chief of Police. Former Chief Dorio, a Vietnam Veteran, served in the U.S. Navy. Louis is an adjunct professor of Criminal Justice. He lives in Westchester County and is married with two grown daughters and five grandchildren.