Poems From Within Me, A Recovering Addict 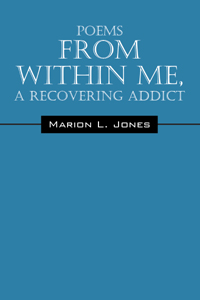 Poems From Within Me, A Recovering Addict

at a Time. Making the First Step to

This book is to really make you think, to get you to reflect on where you have been and where you should be. Not to get lost in the past but to move to the next level of your life. The pity party stops now, it’s time to Man up, Woman up and be responsible for your actions. What you do not only affects you but the people around you.

Saving Souls Today, One Day at a Time.

Making the First Step to Being Free and Clean

Testimony/Prayer By Marion Jones Lord you have showed me so much in the last month that Your love and mercy has been with me. You have shown me how to love again and where I ought to be. How You have kept me from harm and danger. Who all knew that could happen from a baby being born in a manger. I have seen the blessing come and some miracles happen. I am a living testimony and You will do it again. You saved a sinner like me and turn my whole life completely around. If it had not been for Your love, I would be hell bound. There is work for me to do for You, to bring in my fellow man with the word of truth. I am going to follow You until my dying days. Doing Your will is the only way. I cannot stop saying “Thank you Lord,” “thank you Lord,” “thank you Lord,” “thank you Lord,” I can feel Your presence all over me more and more. Bless me with Your knowledge I need to know. I want to know what to do and where to go. Bringing in abandon souls, yes that is my ultimate goal. I am determined to do what is right by staying in the word all day and all night. Lord I am so filled with joy I feel brand new. I owe it all, this change to YOU. In Jesus name, Amen. Copyright 2004 Marion Levi Jones (Recovery Inc.) 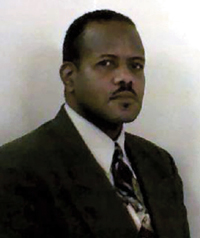 Marion L. Jones is the author of “Poems from within Me, a Recovering Addict,” and a motivational speaker who shares his story of how he made it through his circumstances, highlighting to audiences that there is a way out. Although the book has been a work in progress since 1998, the book became a full-time reality in 2006, a gift he says was given to him by God.

Jones honestly grapples with narcotic and emotional demons revealing a bare bones unexaggerated account of a spiral into addicton and vice. He weaves an unflinching biography of his struggles with depression, drugs and feelings of abandonment. Jones addresses with candor and astonsighing vunerability, a journey of persaverance through poetry and redemption through the Lord.

In retrospect, he knows he was messed up as a child, as a result of his father’s death. During those painful times, he had no clue of the way his life was going and stuffed all the pain and hurt deep inside himself with no one to talk to about what he was going through. For a long time, he didn't even know himself, but he could see now that God was preparing him. Now with such clarity, he sees himself in his son who is sort of doing what he use to do but at a much earlier stage in life.

Jones knows that he had to get clean and straighten up to be a better example for his son in order to keep his son from going down that same path.