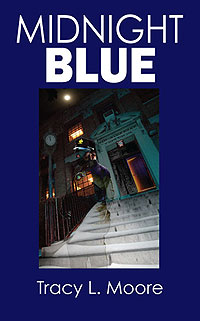 MIDNIGHT BLUE is a work of fiction, set in New Jersey. It is composed of part crime drama and romance narrative, centered on the life and actions of the protagonist Khalil Petersen. Petersen is a sergeant in a police department corrupt by greed of a few dishonest men in power. Petersen is working on a rape/murder case of a 15-year-old runaway, which takes place on New Year's Eve. He has also rekindled the love he had for a woman from his college days by the name of Athena Gibson who has uncanny ties to the victim and has vital information that will help solve the case! MIDNIGHT BLUE is written in the third person which aids the readers to become more involved in the story as they experience the thoughts and emotions of each of the characters, allowing for different perspectives. Finally, MIDNIGHT BLUE is a detective drama that includes several story lines into a story of the triumph of a sincere and honest cop in his professional and personal life. This book is a must-read for those who enjoy crime narratives with a romantic subplot.

Thanks to several friends who are former police officers. Their input on some terminology and police procedures was greatly appreciated.

Heartfelt thanks to photographer Randolph Waterman and Ms. Atsede Elegba who designed the book cover, as well as thanks to model Mr. Wayne Powell.

Los Angeles, CA (PRWEB) February 7, 2008 -- With an unflinching gaze, "Midnight Blue" takes an authentic, often stunning look at life on New Jersey's mean streets through the eyes of a world-weary, principled cop named Khalil Petersen. The stage is set for Petersen's perilous journey when, on a bitterly cold New Year's Eve, he finds the corpse of a 15-year-old runaway who had been savagely raped and murdered on the streets of East Orange.

In the tradition of HBO's "The Wire," where street heroes and villains shapeshift with each new lead, this compelling crime/romance novel intricately weaves Petersen's determination to give voice to the voiceless---through the mysterious, tragic runaway he calls "Baby J"---together with his campaign against corruption in his precinct. In death, Baby J manages to lead Petersen through a cavernous underworld of crime and child exploitation. The trek ultimately brings Petersen face-to-face with his own ethos and character, as he takes on bad police long embroiled in practices the "good old boys" consider a perk--sexually abusing women in custody. When Petersen's former friend and love interest, Athena Gibson, arrives on the scene with uncanny ties to Baby J, Petersen learns he is not alone in his quest for justice.

"Midnight Blue" is an inspirational work of suspense and intrigue depicting ordinary people who triumph in extraordinary ways. The recently published Suspense/Romance paperback is available worldwide on such book retailer websites as Amazon, Barnes & Noble and Target, among others.

Originally, "Midnight Blue" was promoted as a work of fiction. Recently, however, the author revealed that the book was largely born of real-life experiences, a fact that could not legally be divulged prior to the novel's publication.

Moore revealed how the victims of juvenile crimes are often victimized yet again by the very institutions they turn to for protection.

In spite of the heartache and turmoil, Ms. Moore attributes her faith in Christ to the triumph over many obstacles. Scars are now stars. 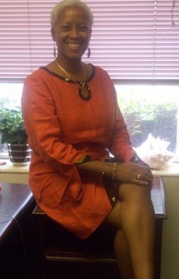 Tracy L Moore is a student of the human condition, wielding the written craft to enrapture the mind much like an artist wields a brush. The pages are a blank canvas on which to draw from a talent heralded by many and matched only by an imagination that rises to the task. Interwoven within the pages are several original poems or biblical scriptures that set the stage for each chapter.

MIDNIGHT BLUE is the first in a series of recent pursuits, with work progressing quickly on the next book. The dominant voice will be that of the female protagonist in MIDNIGHT BLUE, Athena Gibson.

TRACY L. MOORE has been writing since the age of 8.

This book will heighten your awareness of what a few corrupt officers can do to tarnish the reputation of an entire department but what driven and honest people will do to set the record straight. It is a story of overcoming adversity and shame despite the odds.

Ms. Moore received both her Bachelor of General Studies and Master of Arts in Liberal Studies degrees from the University of Miami. She firmly believes "it is never too late to begin again....to achieve your dreams". She is a survivor of domestic violence and very passionate about protecting children, a staunch advocate for the voiceless.

Tracy L. Moore has 3 wonderful adult children who are living honest and productive lives. She has 2 granddaughters and a grandson. To hear Ms. Moore tell it, "my cup runneth over."

Or, email her at: tra3moo@aol.com.