When this Mask of Flesh is Broken

The Story of an American Protestant Family

by David A. Hollinger 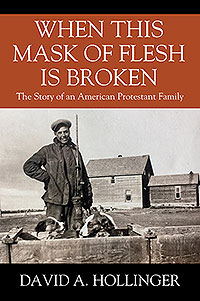 When this Mask of Flesh is Broken

The Story of an American Protestant Family

by David A. Hollinger

In 1921 a Pennsylvania preacher hauled his four teenagers from a prosperous Pennsylvania farm to a bleak and arid spot on the Saskatchewan prairie. The young people had to cope with unexpected economic devastation, October blizzards, the mental illness of their mother, and the inability of their aloof and inept father to attend to anything other than leading a tiny fellowship of Pietist-Anabaptists. This book tells the story of the foursome’s enduring mutual support as each struggled to survive emotionally and materially, and tried to retain fragments of the culture they had absorbed in Gettysburg. One of the four, the father of this book’s author, decided at the age of thirty to begin an education so he could become a minister. His siblings supported his journey though adult high school, college, and seminary, but Albert Hollinger, Jr., found the urban society of the early 1950s alien. Unable to function in it as a minister, he became a house-painter. Always haunted by his failure to achieve voice, he took comfort from a poem prophesying confident speech in afterlife, “When this mask of flesh is broken.” He and his siblings were all determined to be childless for fear of mental illness, but there was one by accident. This book’s author eventually learned that he was the result of an unintended pregnancy. All four came together again in their last decades, living near one another in the church-intensive town in Southern California where the author’s father had attended college in the 1930s.

“David Hollinger’s spare but powerful book evokes more eloquently than anything I’ve read the experience of living on the parched prairie in the years of the Great Depression. The Calvary of drought, misfortune and illness that his grandparents, his father, his two uncles, and his aunt endured was as painful as anything foretold by the Bible in which they so fervently believed. As the sole member of the next generation, Hollinger is truly the only one who escaped to tell the tale.” — Adam Hochschild, Author of King’s Leopold’s Ghost

In this richly detailed and emotionally bracing memoir David Hollinger sets a new standard for the genre: writing an original family history in which the author shines as a probing researcher and a central character. But for a few small contingencies in his parents’ narrative he might have lived an entirely different life. Heartbreaking and inspiring, I couldn’t put this book down. — Richard Wightman Fox, Author of Jesus in America and Reinhold Niebuhr

In the hands of an experienced scholar, the research into the family of which he is a descendant has turned into a fascinatingly narrated account of lives in the American and Canadian 20th-century. David Hollinger’s When This Mask of Flesh is Broken is an often melancholy history of striving and loss, of religious ministry, westward migration, and farming in adverse conditions. It is also a remarkable attempt to understand the equanimity of earlier generations whose fates come to life in these pages. — Werner Sollors, Author of Temptation of Despair

“This is a story about the bonds of survival that join families in the midst of hardship—as well as the dark rifts of confusion and pain. That harrowing personal tale provides a lens onto something larger. Hollinger, one of America’s premier historians of ideas, has turned his expertise and insight onto his own people to transform their story into an intimate account of an austere Protestant faith in the crucible of the Great Depression, a theological pioneer journey spanning the North American continent.” — Molly Worthen, contributing opinion writer at the New York Times and author of Apostles of Reason: The Crisis of Authority in American Evangelicalism

Several of my seminary students know that the distinguished American intellectual historian David Hollinger has deep family roots in the Church of the Brethren peoplehood. In WhenThis Mask of Flesh is Broken, we now have an intriguing window into the Hollinger family history. We theologians of culture know that ethnographies, biographies and family histories can be as rich as theological texts in manifesting possible existential and spiritual meaning. Reading Hollinger’s narrative, we in the Anabaptist-Pietist heritage see traces of our own extended cultural and religious stories. — Scott Holland is the Warren Slabaugh, Professor of Theology & Culture at Bethany Theological Seminary in partnership with the Earlham School of Religion in Richmond, Indiana. 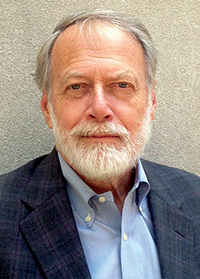