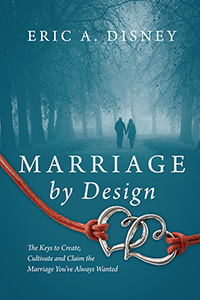 "MARRIAGE BY DESIGN" 2015 FIRST PLACE GOLD-MEDAL WINNER (Christian-Living Category) in the Readers' Favorite International Book Awards Contest! NIEA-National Indie Excellence Awards FINALIST (Marriage Category)
“THANK YOU, THANK YOU, THANK YOU! You have written a wonderful guide by which couples, should they choose to apply the principles…offered through this book, will dramatically increase their ability to experience ‘a little bit of heaven on earth’ in their marriage.” —Pastor Fred R. Rodriguez, Lead Pastor Executive Presbyter SoCal/Ag... “I found myself reading the situations discussed in this book, and having the words jump out at me remembering couples and families I have counseled through these very issues. How I wish I had this guide at that time. This book is a tremendous resource that should be present on every counselor, pastor, and ministry leader’s shelves.” —Sheila L. Harper, SaveOne Founder and President... Marriage by Design serves as a healing salve to wounded marriages—as well as a warning to those beginning their matrimonial journey, and couples anywhere in the spectrum—offering hope and encouragement to those who want to revitalize, refine, or completely restore their relationships. Marriage by Design is loaded with practical tools and exercises designed to shed light on unhealthy modes of behavior and their motivations; it also challenges some of the beliefs we carry from childhood that can impact our current relationships. Marriage by Design begins by establishing God’s foundation in marriage and moving through a systematic building process, enabling couples to apply scriptural-based techniques and concepts to their own marriages. If you’re looking to change a relationship based on inconsistent emotions and experience the freedom produced by intentional living—to move your marriage from stuck to stupendous—Marriage by Design is the tool you’ve been missing!~~ IDEAL GIFT FOR NEWLYWEDS...A WONDERFUL ENHANCEMENT FOR SEASONED COUPLES...A BEAUTIFUL WEDDING GIFT...A GREAT WAY TO SHOW FRIENDS AND COUPLES THAT YOU LOVE THEM!

AN EXCERPT FROM "MARRIAGE BY DESIGN" ...Fifteen years later, in a dimly lit kitchen, Mark and Sheila sit at a table. I mention their names because if you could see them now you would never recognize them as the couple just described. They sit across from each other, no eye contact whatsoever. The tension is so thick you could cut it with a knife. You can hear the sound of a pesky fly whizzing about the room; the sound is bellowing in contrast to the dead silence in the room. Not a word is spoken, but their body language speaks volumes. Mark is reading a newspaper on his laptop computer. Sheila stares into her coffee as she stirs it continuously, trancelike. The lines around her mouth suggest that the smile left her lips years ago. His eyebrows lower, as if the top of his nose were the only thing preventing them from sliding right off his face. He finishes his coffee, puts his laptop into its case, and heads toward the door. She glances up long enough to watch him leave the house. The sunny backlight from outside completely darkens his fading image as he shuts the door behind him. Once again the kitchen is dark, symbolic of the current status of their relationship. Not a word, not a smile, not a kiss, not even a “bye”—nothing. A scowl crosses her face. She looks back down at her coffee, giving it another pointless stir. What happened? What is going on?... Unfortunately, this is the picture of too many marriages. It doesn’t take fifteen years for a marriage to collapse into a state of total disrepair. We have a pretty good idea what the next step will be for this marriage if something isn’t done. Sadly, the statistics for divorce in this country are on the rise, and it’s sobering to say that many who are reading this book right now may well be awaiting or have already served divorce papers.So at this point, what is the point, you may be asking yourself. Ah, let’s begin with a glimmer of hope regardless of your reason for picking up this book. The bad news is, you picked up this book. So what’s the good news? You picked up this book. That shows there is a possibility of restoring and saving your marital commitment to one another. The most important thing to remember is that it takes two people to make a marriage work and two people to destroy a marriage. In very few instances a marriage dissolves solely because of the behaviors of just one spouse. Yet everyone who has ever come into my office has stated emphatically “it’s all their fault!” For others, perhaps you picked up this book because you’ve experienced some bumps in the road. Bumps are inevitable because every marriage consists of two different people, sometimes two very different people. The differences between us are what make a marriage exciting; we just have to figure out how to maneuver the waters of matrimony. Too many times couples didn’t go through any type of premarital counseling so the actual marriage becomes the practice ground. I always tell couples to embrace their differences because if you had married someone exactly like yourself, one of you would have to die because the two of you could not exist in the same plane—you couldn’t stand it over time! And for yet others, perhaps you are contemplating marriage and want to learn a bit about building a solid marital foundation. If that is the case, God bless you. It is my sincere hope that there is something for everyone in what God allows me to unfold throughout this book. As with anything in life, having the tools and not actually using them can often constitute the problem in a nutshell. My prayer for all of you is that you would die to yourself and put forth the efforts necessary to create, cultivate, and claim the marriage that God has designed for you...The first objective is to establish a foundation for hope, faith, and trust. For some of you, restoration of your marital commitment will be a longer process than it is for others. The decision to change can be immediate, but healthier behaviors and healing will occur over time. How dedicated you are to your relationship will be in direct proportion to the amount of time and speed with which you heal and grow. 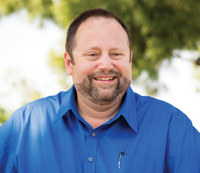 Eric A. Disney is a Recovery and Personal Growth pastor in Southern California, where he has served for two decades. He is a counseling psychology graduate from California Baptist University in Riverside, California. His ministry offers a broad range of marriage, family, and relationship counseling classes and seminars. Eric has been an active member of the American Association of Christian Counselors since 1999. He is happily married to his wonderful wife, Jennifer, and they are the proud parents of two boys.~~ Visit my Marriage by Design Facebook page and my Website @ www.marriagebydesign.me and Follow me on Twitter @EricDisney2