Making a Meal of It 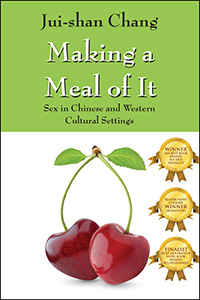 Making a Meal of It

A Ground-breaking, Cross-Cultural Contribution to the Study of Sex

Winner of The USA Best Books 2011 Awards and The 2011 Reader Views Literary Awards, as well as Finalist of The 2012 Next Generation Indie Book Awards, Making a Meal of It shines a revealing light on contemporary sexual understandings, mores, and behaviours in Chinese and Western societies. Based on twenty years of original comparative research, this book argues that embedded meanings of sex remain fundamentally different between the two cultures—despite decades of loosening premarital sexual mores in China, Hong Kong, and Taiwan that appear to be converging with those in the West. Through surveys, focus groups, in-depth interviews and the study of cultural artefacts, Dr. Jui-shan Chang finds that the Chinese primarily understand sex as a “meal for sustenance”, while Westerners relate to sex as a “game” for individual recognition, validation, and completion. In the West sex is not what you do but rather who you are; for Chinese, sex is not who you are but what you do—in relation to familial duties. Emerging out of those differences the author has developed a unique and profound perspective on sex that spans the two cultures. Making a Meal of It explores: • Why the conventional, Western perspective of modernization is inadequate in understanding Chinese sexuality. • How a cross-cultural, sociological approach can locate Western and Chinese sexual practices at a more fundamental level. • How “recognition” closely tied to sex in the contemporary West is crucial to understanding the predicaments of self and relationships. • The notion of a trans-cultural wisdom bank, a repository of possible solutions to recurrent problems in sex and relationships faced by individuals from all cultures. A sweeping and ambitious effort, Making a Meal of It: Sex in Chinese and Western Cultural Settings is a major contribution with implications for how we understand sex, self identity, gender, relationships, marriage, family and culture. Please see the press release of this book at: http://tech.rambergmedia.com/making-a-meal-of-it-a-cross-cultural-study-of-sex-published-by-outskirts-press/ Author can be contacted at: juishan.chang@gmail.com

A sophisticated Chinese edition of this award-winning book， 性爱是大事--飲食男女的中西比较, has been written by Dr Jui-shan Chang, and published by 立绪出版社 in July 2014 in Taiwan. http://www.ncp.com.tw/product_show.php?sid=1402639152# Broadcasting Corporation of China radio program 'Daily Special Book' (台灣中廣電台 '胡忠信每日一書') highly recommended this book and conducted an indepth interview with Dr Chang： https://www.youtube.com/watch?v=KSlpmpfy-Ko&feature=youtu.be https://www.youtube.com/watch?v=jQRHsSgcH4o&feature=youtu.be 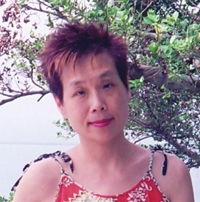 Dr Jui-shan Chang is an award-winning author, educator, sociologist, social sciences research consultant and psychotherapist. She holds Bachelor’s and Master’s degrees in sociology from National Taiwan University and a Doctorate in sociology from the University of Michigan. She has also undertaken specialized training in psychotherapy and couples therapy in Melbourne. She has worked as an academic for the Institute for Social Research at the University of Michigan, the East-West Centre in Hawaii, the University of Tasmania, the University of Iowa, and the University of Melbourne. In 2007, she won a national teaching excellence award (Carrick Citations) in Australia and a Dean's teaching excellence award at the University of Melbourne. She is currently an author; a psychotherapist in private practice; a freelance senior social and market research consultant; a social and cultural commentator in the media; and an educator delivering public lectures and professional development masterclasses and workshops on a wide range of topics for universities, professional bodies, industry, Governments and community organisations in Australia and overseas. She is bi-lingual in English and Chinese-Mandarin.