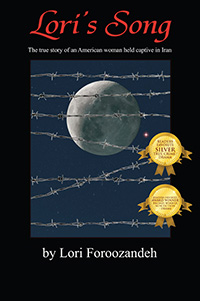 Though she endured a childhood of physical and sexual abuse, nothing would ever equal what happened to her in Iran the weeks following 9/11.

Her name is Lori Foroozandeh, and this is her true story.

Lori lived her young years as a victim of abuse. As she grew older she fell into a classic pattern of self-destructiveness. But by the time she was twenty-seven, she was doing her utmost to create a sane life.

Mohammad Foroozandeh seemed like a man she could trust, a man who would care for her and respect her. Though she knew he engaged in drug use, she ignored the warning signs and married him. Two years later, he asked her to move to Iran, promising that she could pursue her career, assuring her that the country was quite modern. For four years, Lori adjusted as best she could to the oppressive customs of the land, but as her husband grew more demanding of her, he also became more violent.

After the World Trade Center bombings, Mohammad told her they must leave Iran. He purchased bus tickets that he said would take them out of the country and eventually to America. But before they could escape, armed guards attacked and kidnapped her. Lori was blindfolded and taken to a paramilitary POW camp somewhere in the hills.

Then the nightmare began…. six weeks of horrific beatings, raping, torture, and starvation.

EXCERPT Well after about 3-4 hours of this torture and rapes, he drug me back to the camp by my hair, and there he left me to clean up all the blood while wearing nothing but pants and a sport bra....I used the closest mud puddle to wash off what blood I could, but the numbness allowed me to disassociate my body from the events to the point that I felt like I was just watching this happen from somewhere else.....But they had taken Faresh and I knew all too well what she was in for and cried for her. 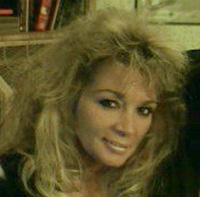 My name is Lori Foroozandeh and I'm now 47 y.o. I am currently living in Michigan. I've suffered from and learned from the obstacles in my life including, childhood sexual abuse, domestic violence, substance abuse and now PTSD (due to Iran). I encourage you to read my book and share it's contents with people that will listen and do something with the information. Profits from my book go to charities such as Amnesty Int'l and HSUS. Thank you for reading it, please visit my blog www.lorissong.com We have two choices in life to LIVE in it or EXIST in it, I've chosen to LIVE mine!!:) I hope you do too. You may contact me by email at lori@loris-song.com