A Day of Terror on the Freeway 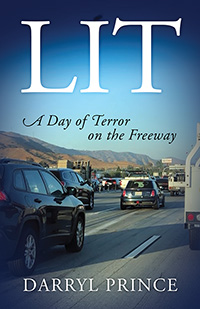 A Day of Terror on the Freeway

A "Captivating," "Extraordinary" story of 2 close friends, Malik and TJ. Malik a highly decorated Army Sargent who served in the Irag and Afghanistan war, and TJ, a street-smart civil rights lawyer. Their lives would change one faithful morning forever on the freeway.

A life tragically cut short; one man will carry on the legacy of the other, fighting against a corrupt local transit authority, in-spite of the hatred and revitalized grudge of his former commanding officer and FBI Agent, Captain Nick Niles!

An Iraqi Village was illegally bombed on the orders of Captain Nick Niles murdering an innocent village woman Ani who met Malik, and they fell in love.

Fire Chief Lumps served in combat during the Vietnam War, and later, he instructed Malik on demolition explosives in the Army. Paramedic Mike served in the Army with Malik in Irag and became a Smoke Jumper. Their lives will again converge and in unimaginable ways.

Follow this riveting tale of "PASSION," "COMPANIONSHIP," "HATE," and "TERROR" as Malik and Mia, his new lady love, battle to save innocent lives, including their own during rush hour traffic on a jammed packed, gloomy and rainy freeway! 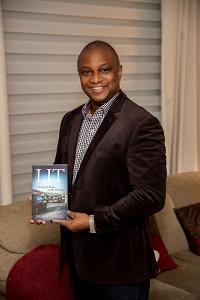 DARRYL PRINCE is a USAF veteran, a private pilot, an engineer, inventor, author, husband, brother, father of four, and grandfather.