Peripatetic Architect of Colorado and the West 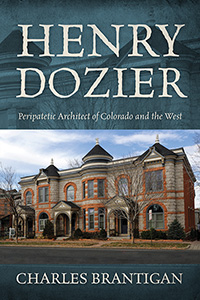 Peripatetic Architect of Colorado and the West

Did Someone Really Boil a Baby?

Something happened to the baby. What happened to the baby is unknown. Henry Dozier was both a talented Victorian architect and a troubled soul. In 1897 he moved to Cripple Creek from Denver, presumably to rebuild a town destroyed by 2 devastating fires. According to the newspapers he was also dissipating his income in dissolute behavior. On 4 February 1897 there was an impassioned letter to the editor from Celestia Dozier, head of the household in Denver in spite of the fact that she was only sixteen years old. Celestia noted that her father was supporting his family as best that he could under the circumstances, and that the newspaper report that her mother tried to boil the baby was incorrect. The editor noted that he had the clippings. We haven’t been able to find that report but the Rocky Mountain News reported that it was a hoax perpetrated by the competing morning newspaper. The boiled baby story had legs and was discussed in the Denver Daily News as late as 20 December 1897. Dozier was arrested for not supporting his family and left town one step in front of the law. The Denver Post noted in 1898, in discussing his lack of support of his family, that he had 9 children. The Rocky Mountain News reported the same thing in 1897. The 1910 census reported that he had 9 children of which 8 were living. There seems to be a missing child here somewhere, perhaps because it was boiled. Our attempts to find it have been futile. 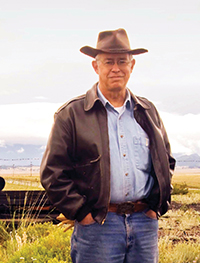 Dr Charles Brantigan and his wife Kathy have been dedicated historic preservationists since they moved into a National Register house in the inner city in 1983. They were characterized by the police as “urban pioneers,” as they preserved historic buildings, changed hospital zoning, designated historic structures and drove out drug dealers. They raised a family in the shadow of the downtown hospitals in a highly diverse neighborhood. At the same time they researched the people and places in the neighborhood producing biographies such as the one presented here and research tools to allow others to research their own houses.