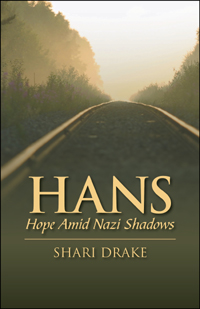 HANS SHARES HIS CAPTIVATING LIFE STORY WHICH SPANS THIRTEEN YEARS OF HIS CHILDHOOD LIVING BENEATH THE SHADOW OF WWII NAZI GERMANY.

His boyhood fantasy of riding the rails was transformed into a life or death game of survival. Hans’ unwavering hope to someday live the “American Dream” empowered him to endure the fallout of Hitler’s war machine. Nothing...not the Nazi occupation of his homeland, the pangs of near starvation, his capture by the Russians, his missing father, nor the deep despair of camp imprisonment...managed to snuff out this glow of hope glimmering within his heart. 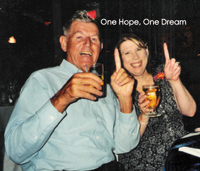 Shari Drake is honored to put her father’s memories in print. It is her wish that his story of endurance and triumph against overwhelming odds serves to instill hope even in the most dire of circumstances.