Wisdom of the Ghost Valley

by Composed by Wang Xu; Translated by Jack Sun 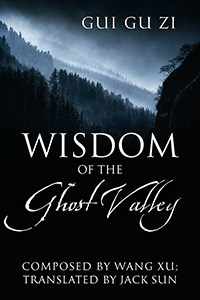 Wisdom of the Ghost Valley

by Composed by Wang Xu; Translated by Jack Sun

The Ancient Secrets Has Not been Revealed...Until Now

Discover the age-lost secrets of mind control and rhetoric manipulation!

Are you searching for a magical, solve it all book that will rocket-soar your success with people of all kind? Then congratulations! This one is for you! Inside this less than 80 pages length pocketbook, you will learn how to win friends and persuade people, what and when to speak to gain MAXIMUM benefits from your boss, discern your enemy’s plans before they can take your life, seduce your party pals to your bedroom, and much, much more...You may wonder, how can one small tome from a third world country promises so much...which, to your surprise, is EXACTLY why it is called the Wisdom of the Ghost Valley. Written by the 121-year-old sage who resided deep within the Ghost Valley where even light cannot pierce, this priceless artifact has always been the No.1 Bible on strategy, persuasion, and relationships. It is said that even Alexander the Great and Napoleon Bonarparte were immensely inspired by its wisdom that ultimately led them to conquer greatness beyond comprehension. But how can such a jewel remain hidden in the Western World for sooooo long? The answer is simply...unawareness. For long, the over-praised Art of War by Sun Tzu and The Book of Five Rings by Miyamoto Musashi have totally eclipsed the originality of our little Magnum Opus, leaving its existence virtually dead. That is why...I am going to present you...the greatest book on relationship and strategy...at an unbelievably cheap price! Get it NOW before anyone discovers it so that you can claim ALL the invaluable secrets for your own!

Born in an authentic Asian family, Jack has been scrutinizing classical Chinese literature for decades. He has thoroughly mastered the Analects, I Ching, the Art of War, Romance of The Three Kingdoms, Journey to the West, and much more challenging opus that date back to the time before Christ. Today, he presents you the least known but the most valuable of them all-Gui Gu Zi, in his professional translation. He wishes that his humble work will transform your life and lead you to greatness.