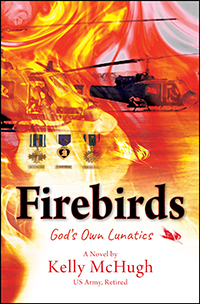 It is 1967. Every young man in America must face the reality of our war in Vietnam, one way or another. Kevin McNally, twenty years old, bored
and frustrated with college, decides to see if any of the military services will allow him the excitement of flying jet planes. None will, but the army offers him helicopters.
In Vietnam, Kevin – now designated “Mac” – learns the routine but dangerous helicopter chores of insertion of troops and supplies and carrying out the wounded. These helicopters are armed with only two door gunners and are prime targets for the enemy. Mac hates being shot at without being able to shoot back. He volunteers to fly helicopter gunships as soon as he's allowed to, on his 30th day of flying.

The gunships are armed to the teeth, with machine guns, rockets, and canon. Mac can shoot back now, but he is also even more a prime target for the enemy. Flying the gunships is the most dangerous job in the army. Mac is shot down numerous times and wounded twice. Then, he is wounded one more time, and his days in Vietnam are over.

This book pulls no punches in describing the reality of war. The reader experiences the danger, the skill, and the daily spilling of blood. The language is harsh, the humor laced with sick irony, and no apologies are given for doing what needs to be done.

Mac learns to be ruthless in carrying out his duties – saving the lives of American troops – even as he realizes the strategic futility of the whole war. But it’s not his job to question his orders. He flies twice into Laos, violating the sovereignty of a neutral country, even as Nixon assures America nothing of the kind is happening.

Mac loses many friends in combat:
“Shit,” the crew chief said, “Todd is lying on the floor. I’m going to check on him.” Todd was lying on his side, so the crew chief rolled him over onto his back. He could see the floor through the hole in Todd’s chest. “He’s dead.” Then, the crew chief turned his head to puke out the door.
Mac hardens more and more as he experiences such losses. He is no longer the bored twenty years old who wants some excitement in his life. He becomes the weary veteran just trying to live through another day.

Vietnam was our first “helicopter war,” and this book illustrates the learning curve under fire as our military gained experience through the harsh trial and error of combat.

This is the story of how a naïve kid from Oregon masters the technology of war, takes pride in his skill and expertise, and does what needs to be done to stay alive and protect his comrades. It will be of interest to anyone who wants to know what war is like for the combatants, and especially to anyone who wants to better understand the innovation of “helicopter war.”

Recalling the experience 50 years after the war, we are reminded of the insanity of war. We shared fear, courage, bravery, and heroism. We formed deep bonds, felt misery as close friends died, lost our naïve assumptions of invincibility, and learned the fragility of our humanity. We did what we did because we were all patriotic, and our country told us to fight the enemy. We didn’t complain because aviation was voluntary. The pilot, copilot, crew chief and the door gunner were all volunteers. The crews formed tight bonds. We looked out for each other. When in the air we were a single unit. It feels the same even now.
“Time will not diminish their actions.”  General John Pershing 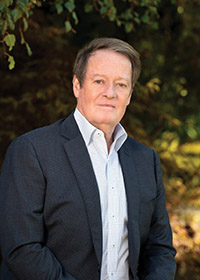 Kelly McHugh served in the U.S. Army as a helicopter gunship pilot in Vietnam in 1968 and 1969. He received two Distinguished Flying Crosses, twenty one Air Medals and one with a V device for Valor, three Purple Hearts, two Army Commendation Medals, and Vietnam Service Medal with four Battle Stars and the Republic of Vietnam Gallantry Cross with a gold palm. He was shot down four times.

McHugh grew up in Medford, Oregon. After high school he attended the University of Oregon for two years, and then he enlisted in the army and flight school.

After his return to the world and school at the University of Pennsylvania, he became a Physical Therapist. He was appointed to the Oregon Physical Therapy Licensing Board only four years out of school. He met his wife Mindy, a Marriage Family Therapist. They have been together 43 years. They have two daughters and a granddaughter.

McHugh and his wife live in San Ramon, CA