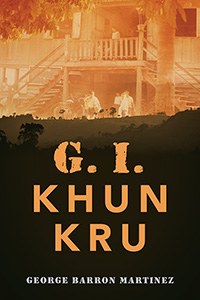 A G.I. Goes To Thailand

When George Martinez graduated from high school in Blythe, California, and joined the United States Air Force, he never expected to gain the title of Khun Kru, which means “respected teacher” in Thailand. George was deployed to Vietnam from 1968 to 1972, where he trained as a firefighter. Uninterested in dead-end activities on his days off, George found himself unexpectedly teaching English classes in the remote jungle villages surrounding Ubon, Thailand, and at a private Buddhist school. As a firefighter, he survived enemy attacks and other dangers, but continued teaching and supporting the local orphanage. Forty-three years post-Thailand, George reunites with the former school principal, teachers, and a very special person—Mamasan Yin, who, during the worst time of the war, welcomed him, looked after him like a mother, and announced that he was a part of her family. From the Vietnam era to his reunion in Thailand, George Martinez paints a vivid portrait of his life in Thailand that is sure to intrigue readers young and old. 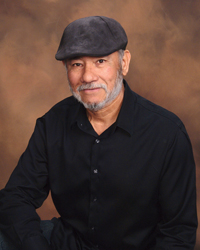 About the Author:Fond memories of his stay in Thailand during the Vietnam war prompted George Martinez to write his memoir. He currently lives in Riverside, California.