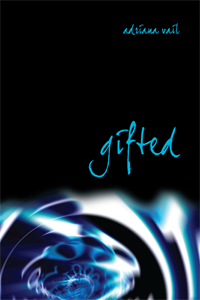 Sometimes, The Magic Ingredient Is Love

A horrific car crash nearly took Kristen’s life, until Billy came to her rescue. Now, it’s Billy who needs Kristen’s special gift to ease him out of a devastating mental disorder that is causing his mind to slowly shutdown — and time is running out. Traumatized by the bloody accident, Billy has lost the ability to see red — a function of his brain trying to defend itself. Yet the situation has a troubling side effect: it’s slowly robbing him of his ability to function. Then a cutting-edge medical team enlists Kristen to help Billy recover. The task will take everything she’s got — and poses its own unique dangers. If she fails, Billy could go into what’s known as Blackout and die. In the process, Kristen discovers a remarkable ability to see into the future and the past. And what she discovers could change both their lives—forever. A fascinating fantasy romance, Gifted is a mystical journey of life and love. It is about the incredible capabilities inside each of us to discover the true powers we never knew we had. And it is about the enduring power of love to bring us through even the toughest of life’s challenges.

Adriana Vail lives in Londonderry, New Hampshire, with her husband and two children. In her spare time, she enjoys reading, writing, and working out. This is the first entry in The Gift Series.