The Fruit of the Dendragon Tree 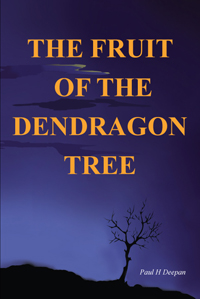 The Fruit of the Dendragon Tree

Seventeen-year-old Jake Patel’s mother is dying of cancer. Jake is furious at his father David for accepting this fact, and bargains with the universe to save his mother’s life, no matter who has to die.Assisted by his schoolmate Jenny Blackwood, a well-intentioned but inexperienced witch, Jake is transported to the world of Tiramonde, a world that, like himself, is on the brink of catastrophe.

Guided upon his arrival by the witch Ureth, Jake learns that the only thing that can save his mother’s life is the fruit of the Dendragon Tree, a tree that has not bloomed in living memory. But legend holds that plucking the Dendragon fruit will release the dragon Kildraig from his thousand-year imprisonment, and Kildraig was imprisoned for very good reasons. Worse, when David also arrives in Tiramonde, looking for his son, both Ureth’s and Jake’s choices become excruciating. For Ureth must choose the true liberator of Tiramonde. And Jake must choose which parent, in the end, he will save.

Vibrant with magic, and alive with centaurs, elves, werewolves and vampires (not to mention a deliciously evil dragon), The Fruit of the Dendragon Tree speaks to our fear of inevitable death, and to our hope for continued life. It is a story of premature loss and repaired love, of learning that there are worse things than dying, and that cancers, both real and metaphorical, often require poisons to defeat them. 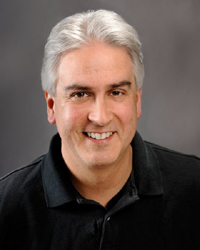 Paul Hari Deepan was born in Port-of-Spain Trinidad, and was educated in England, Trinidad, and Canada. He spent most of his career in the pharmaceutical industry before becoming a writer.

He currently lives with his family near Nashville, Tennessee, and volunteers as a reading mentor in the Metropolitan Nashville school system via the PENCIL organization.THE FRUIT OF THE DENDRAGON TREE, which won an Editor’s Choice Award at the San Diego State University Writer’s Conference, is his first novel.

Partial proceeds from the sale of this book will be donated to organizations supporting Breast Cancer research, treatment, and education. More information on this initiative, about the author, and the novel can be found by visiting Paul’s website at www.pauldeepan.com