From the Edge of Empire 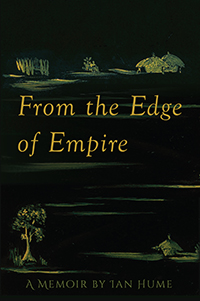 From the Edge of Empire

An eyewitness account of a life's journey through the Winds of Change in Southern Africa, Eastern Europe and the United States.

An Eyewitness account of a life’s journey through the Winds of Change in Southern Africa, Eastern Europe and the United States. When Ian Hume, a young Rhodesian Army captain, decided in 1963 not to fight the oncoming war over majority rule, he left the army and the country to study in Cape Town, his future unknown. There he married, became involved in student anti-Apartheid politics and won a Beit Fellowship to Oxford. With a Doctorate from Oxford he was recruited to the World Bank. After various interesting assignments he became an expert on Eastern Europe. In 1975 he was invited back home to help prepare Rhodesia’s transition to Zimbabwe. He finds himself living through the very war he earlier tried to avoid. He lost many friends. Returning to the Bank in 1978 he returns to work on Eastern Europe, becoming responsible for giving assistance to Hungary and Poland. As the Resident Representative in Warsaw after the fall of communism, he experiences the hot-house of Polish reforms, turbulence and, ultimately, success. By contrast, and much to his regret, the transition in his native Zimbabwe leads, ultimately, to devastation and catastrophe. In this eloquent memoir, a testament to the value of education and the power of family, Ian explains how the major transitions through which he lived were separate but ironically linked. As a proud American he offers his grandchildren (four sons) a worldview—a moral equilibrium or resting point in the debate—to harmonize their vexed heritage with today’s divided America. In a message that’s more relevant than ever before, he exhorts them not to make the mistakes that tore his homeland apart: beware the herd mentality; always think for yourself. 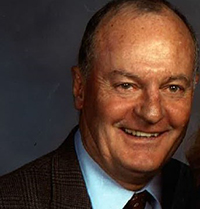 Zimbabwe born, Ian Hume retired from the World Bank in 1994. Since then he has continued to work for the Bank, and others, as a consultant and has sat on Boards of Directors of various companies. He lives with his wife, Meriel, in the Peninsula Golf and Country Club near Rehoboth Beach in Delaware.