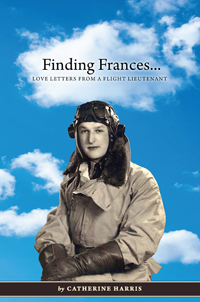 Eric Hutchin was 17 when he joined the Royal Air Force to fight the Nazis in World War II. He trained as a fighter pilot at Falcon Field, a Hollywood-financed military base built in Mesa, in the Arizona desert, and there he fell in love with 17-year-old Frances Mackenzie. For the remainder of that savage war, Eric flew iconic Spitfires and Typhoons, protecting the shores of England, intercepting V-1 rockets, liberating Holland. And writing to Frances. Clever and poignant, his love letters, sketches and photos form the personal chronicle of one young flight lieutenant and his love for his special girl, but of course this is also a universal story — the coming-of-age tale of every young man who goes to war.

It’s rather wonderful to know that you’ve been “thrilled beyond words” with everything I’ve given you. You don’t have to thank me, you know, darling – the knowledge that I’ve done something to make you happy is enough. And anyway how does it go? “...and with all my worldly goods I thee endow.” Everything I have is yours, and all that… I hope you’ll hear me say it all one day. Perhaps I shouldn’t have said that -- but after all, you can’t stop me dreaming. 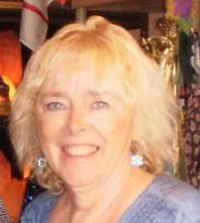 Catherine Hutchin was born in November 1943 during an air raid. Growing up in post-war London, the eldest of seven chldren, born to an English father and an Irish mother, she was always acutely aware of the sacrifices made by the brave young men of the Royal Air Force. Their bravery was something she carried with her throughout her life. Half a century after the armistice Catherine met Frances, who had kept all of Eric's letters and she gave them to Catherine. The letters inspired her to write this book, "I couldn't just put them in a box and forget them" she said. This book is a tribute to her uncle and is a particular chronicle of one young man at war and his unfailing love for a young woman. It is also a story of human hope and triumph over the everarching forces that shape our lives and dreams. Catherine lives in Tucson, Arizona where she volunteers her time to The Irish Heritage Foundation; the Celtic Academy of Tucson; The Maguire Academy of Irish Dance; The St. Patrick's Day Parade and Festival and the Doolen Fruitvale Neighborhood Association. More information on the author, including a radio interview at www.transatlanticmanagement.com FINDING FRANCES IS AVAILABLE IN THE U.K. AT www.amazon.co.uk