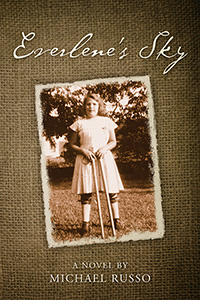 Through tragedy and triumph, witness the storm clouds and sunshine of a little 7-year old girl who, through the examples of generations of women before her, lives a life of faith, hope and love. This is Everlene’s Sky, a novel that takes the reader on a journey of love, loss, and unrelenting faith. From the moonshine-riddled mountains of Depression-era Virginia, the story follows one polio-stricken little girl’s life as she finds romance, self-reliance, and ultimately her creator. Journey from post-Civil War Appomattox County, throughout the 20th century and the inspirational lives of three of central Virginia’s most endearing matriarchs, to the daily struggles of life in a modern nursing home. Everlene grew up poor and lost the use of her legs at an early age. With nothing but her strong character and the support of a loving family, she pulled herself out of despair and learned how to exist as an outcast, finding love and faith along the way. Her story is not only fascinating in its life-affirming character, but an inspiration for so many people she encounters. You will never forget life under Everlene’s Sky. 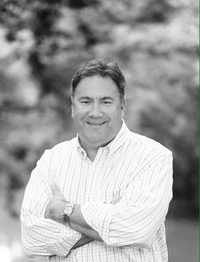 Mike is a 21-year veteran of the United States Navy. After enlisting in the Navy in 1981, he began his career as an F-14 Tomcat mechanic. In 1983-1984, he deployed onboard the USS John F. Kennedy for eight months and participated in UN operations off the coast of Beirut, Lebanon. In 1990, he earned a bachelor’s degree in political science and was commissioned as an Ensign. In 1993 he made another six month deployment to the Mediterranean Sea off the coast of Bosnia onboard the USS Saratoga and in 1997-1998 onboard the USS George Washington where his team participated in Operation Southern Watch off the coast of Iraq. He was awarded the U.S. Navy’s prestigious F-14 Tomcat Maintenance Officer of the Year for 1998. He has had the pleasure of working with so many Great Americans throughout his career. He retired from the Navy as a Lieutenant Commander in 2002 and began a career in private industry. He has a Master’s Degree in Management and continues to write technical proposals and public relations articles for both private and public defense issues. He has two grown sons who are awesome – and he became a grandpa last year. He lives in Winston-Salem, NC with his wife of 30 years.