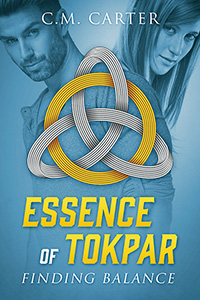 Jonas—a tall, handsome investigator for the Tokpar race with special gifts—knows he has found his mate when he meets Teresa, a beautiful but troubled archivist, in Central Park.

Jonas is frustrated over a conversation about the dwindling population of the Tokpar he had with his father, an elder among the Tokpar and head of the NYC-based Tokpar Center. Teresa has left work because of a premonition of doom, which she knows will end in harm to herself or someone she loves. Their attraction is immediate but quickly ends in the deaths of Teresa and the person who tried to kidnap her. Jonas rushes Teresa’s body to his father, who places her essence in a stasis box to await a host body. Meanwhile Jonas is tasked to investigate the kidnapping.

Essence of Tokpar follows Jonas and Teresa, whose essence has been transferred to an attractive new host body, as they forge a relationship. Both have special gifts unique to the Tokpar race, and they soon join forces to find a group of Tokpar women who have also been kidnapped. Their quest leads them to Bear Mountain Lodge, where things take a turn for the worse, and Jonas learns the motive behind the kidnapping operation. His case is finally closed…for now. 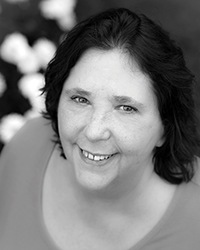 She resides near Saratoga Springs in upstate New York and was a government employee in the county, state and federal levels for many years. Essence of Tokpar is her debut novel.