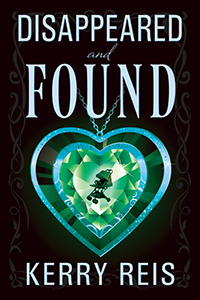 Was She Adopted or Kidnapped?

A young woman’s search for her biological family opens up a mystifying nineteen-year-old cold case of a mother and her baby daughter disappearing while on a walk, a development that arouses interest and surprise from a couple of television programs, local and federal law enforcement, and a splintered family.

Dorothy had always felt the love of being raised by coddling, well-off parents and was encouraged by the death of her mother to cancer to take college classes toward a medical career. However, after a class lab experiment leads to her overhearing her father revealing that she was actually adopted, Dorothy decides to research the truth of her biological family by reaching out to a television docuseries focused on reconnecting families. A DNA test seems to lead to a close sibling match, but when Rory, the host of the docuseries, reaches out to the match, a young man named Scott, he responds by telling him that his sister was not put up for adoption, but had disappeared with his mother when they went for a walk nearly nineteen years ago. That case is now the attention of an episode being produced by another television docuseries.

The reappearance of a woman who disappeared as a baby brings both television productions together into a collaboration. The FBI joins the local police in the reopened case, but Dorothy wonders about the wounds of disconnecting with the father who raised her, reconnecting with a family who had lost her, as well as the mystery of what happened to her birth mother.

"If you love a good mystery where a cold case is finally solved, then you won't want to pass up this extraordinary novel." - Readers' Favorite

"A strikingly suspenseful tale of hidden truths...readers will find themselves torn over wanting to know the truth and wondering whether it is best hidden." - InD'Tale Magazine 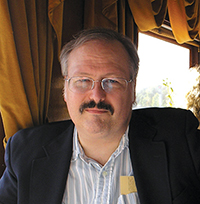 Born in Oregon and raised in Jacksonville, Florida, Kerry Reis attended the University of California at Los Angeles, graduating with a bachelor’s in motion picture and television arts. He started working for ABC Television and reached the level of associate director of digital broadcast communications for the Disney ABC Television Group in his twenty-eight-year career. He has traveled widely throughout the United States and Europe and currently resides in Colorado. Find out more at www.kerrylreis.com.