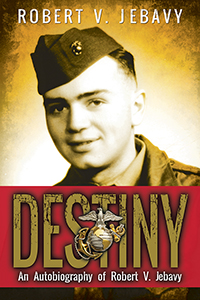 A US combat Marine of the Greatest Generation tells the story of his life and career.

Robert (Bob) Jebavy… child of the Roaring Twenties and the Great Depression… product of the United States Marine Corps and survivor of the World War II battle of Okinawa and the occupation of North China… returned from war to become one of the Greatest Generation and to participate in the longest period of prosperity in his country’s history. How and why did he survive the battle when most around him did not? Was it destiny? What was it like to work with and protect the Japanese in China immediately after facing them as the enemy in combat? How did his combat experience affect the rest of his life? Bob describes serving his country in combat and in the occupation from his perspective as an enlisted Marine. He recounts his unique experiences in gas engineering, pipelining Down Under in Australia and establishing gas utility rates, all while raising 5 children with his wife Pat and contributing to his community. 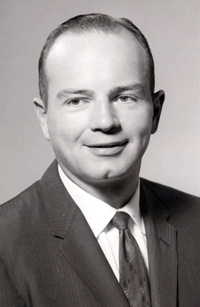 Robert Jebavy was raised in the Chicago area by his widowed mother during the Great Depression and World War II. He enlisted in the US Marine Corps at 17 and later left the officers’ college program to fight for his country. After surviving the bloody battle of Okinawa, he helped keep the peace in North China during the occupation, witnessing the Japanese surrender. Following the war, he married and completed his degree in civil engineering. His diverse career in gas utilities took him with his family from Chicago to southern Illinois and finally to Texas.