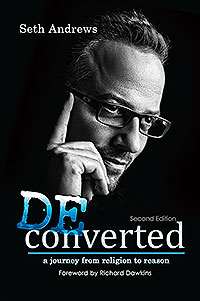 "...and then Noah loaded the dinosaurs onto the ark."

AND THEN THE DINOSAURS BOARDED NOAH'S ARK. Assertions like these seem comical until you realize that many Christian parents aren't kidding when they teach them to their children as facts. Every day, impressionable young minds are conditioned to blindly accept wild biblical tales of floating zoos,talking shrubbery, 900-year-old Humans, the undead, curses, levitation, demon/human hybrids and men who obtain super-human strength from the length of their hair. Allegiance to these teachings is expected, often demanded. Curiosity is muted. Doubt is frowned upon as a sin. And for those who dare to raise a dissenting hand, the threat of Hell looms ominously. 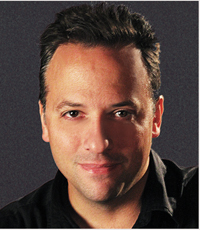 A former religious radio host raised in the cradle of Christianity, Seth Andrews battled his own doubts for many years. His attempts to reconcile faith and the facts led him to a conclusion previously unthinkable, and this once-true believer ultimately became the founder of one of the most popular atheist communities on the internet. 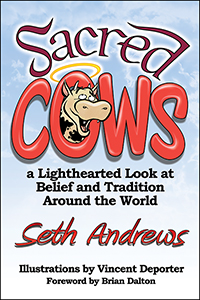