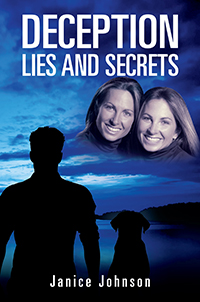 What happens when two women who are first cousins, the off springs of two sets of identical twins (quaternary unions, and share the same DNA), plot to deceive a man when one of the women impersonate the other? They are so similar in appearance that they could, and have, passed for twins when they were younger. What develops when one of them, Camilla (the therapist), pretends to be Karmen to help her cousin out of a sticky situation? Although they look alike, their personalities are quite different. Karmen is self-absorbed and selfish, and Camilla is caring and considerate. Karmen has two rich men on the hook and is not willing to give up either. She convinces Camilla to take her place and meet up with Josh, a cardiac surgeon with a past he’s hidden, while she takes off to Paris to enjoy the other man. Karmen and Josh agree to meet at his lodge in the remote Texas Hill Country. Josh, is unaware that a psychotic hillbilly has been tracking him for years, determined to exact revenge for what he believes Josh’s surgery did to his wife. Their weekend is interrupted by this psychopath and his emotionally unstable son. Will they survive a violent, long harrowing night where lies, secrets and deceptions are revealed? The truth that is finally exposed is totally unexpected, and changes the lives of all involved.

Two months ago, Karmen met a doctor in the airport on her way to a conference in New York. The man is a medical doctor who also lives in Austin. They had coffee together while waiting for their planes, and Karmen swore that he was the most gorgeous man she had ever seen and decided she wanted to “ride this train for a while.” Since the airport meeting, they had been talking practically every day by phone. Just last week, Josh had invited her to his lodge located up in the Hill Country. They had decided on one call that it would be a fun place to meet and get to know each other better. At the end of that same week, Karmen was at a business meeting in San Francisco and met another man that she also thought was “delicious and gorgeous.” She had decided she liked him as much as she did Josh. The new man had called Karmen every other day, and had invited her to take a short trip to Paris with him. Karmen was beside herself with joy since she saw that the man was good looking in a classical way, appeared to be rich, and apparently lived the good life. He was a corporate attorney, very tall, buff, and looked like someone on the pages of GQ magazine. She decided he was one gorgeous looking man, and she could not let him get away! She really did like Josh and didn’t want to leave him hanging in case it didn’t work out with the new guy. To solve her dilemma, Karmen, in all her infinite wisdom, decided that Camilla should impersonate her and go with Josh up to the lodge for the weekend. Camilla decided she would take her up on the offer since she needed some downtime and wanted to get out of town for a few days. She hadn’t had a date in a very long time, and being celibate for a year or more had lowered her self-esteem. It had also been some time since she had taken a short vacation and figured the fresh air up in the hill country would probably do her some good. She thought to herself, What’s the worst that could happen? 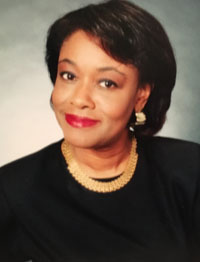 Author Janice Johnson is a rehabilitation therapist with over 27 years of medical experience. She has worked with trauma patients, traumatic brain injury (TBI) patients, and soldiers with post-traumatic stress disorder (PTSD). She worked with The Wounded Warrior Project at Fort Hood, Texas as a contract therapist. She has extensive knowledge of working with patients that have psychological and behavioral issues. Her real-world experiences lend credence to the factual details and anticipation of the story line for her novel. She is also a military veteran and, has a master of arts in human services degree. She lives near Austin, Texas.