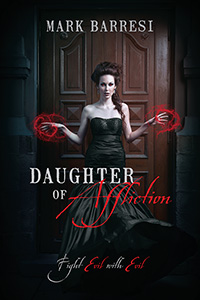 From the author of The Encounter Over Alaska and The Reckoning of Jack the Ripper comes Mark Barresi’s most graphic and violent novel to date.

The year is 1310—a time when the great Crusaders and brave Templar Knights travel throughout Europe and Israel protecting Christianity from Muslim and radical disbelievers of the Catholic and Christian faith. The Templars will ride once again to the remote countryside of Yorkshire, England, to save an innocent young woman—not from her beliefs or her religion, but from a bloodline she has been born into: an evil coven of witches and demons that threatens all of Europe and all religions who worship the good word of God. Seven centuries later, college student Ashley Connor is attending a Halloween party when she and her friends are attacked by a group of mysterious dark figures. Police Officer Lance Thorpe and his partner race to the dorm house, and a bloody firefight erupts, leaving many innocent students dead, along with Lance’s own partner. Ashley escapes with her life, but two years later while on vacation in England, she suddenly disappears, leaving England’s police force with more questions than clues or suspects. As her parents search for answers, Ashley’s aunt, Kathryn Larson, a reporter, turns to the man who saved Ashley’s life once before. But Lance Thorpe has left the police force and now lives in his own secluded and bitter world. Can Kathryn convince him to rescue her niece from a coven of evil? Ashley’s only hope is a man who has given up on life and chosen his own world of evil in which to live.

Mark Barresi spent four years in the army infantry, training at Fort Benning and then Fort Campbell, while going to college and taking creative writing courses. He has authored five books and established himself as one of the great new talents of the action and horror genre, with two more novels in the works: Forbidden Passageways and A Winter of Evil. Barresi enjoys traveling, collecting antiques, and caring for abused and neglected animals. He currently lives in New York City. 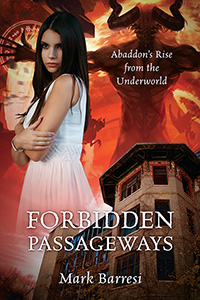 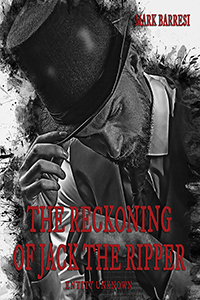