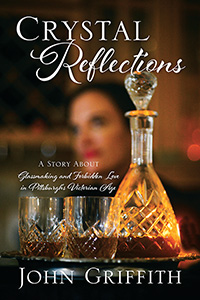 A Victorian era industrialist struggles with the destruction of his family business—and his own forbidden love.

Crystal Reflections chronicles the early days of the industrial revolution, when glass manufacturing reigned supreme in western Pennsylvania. It is during this time that Paul Zimmerman, a bright, ambitious boy, emigrates with his family from Germany—and will soon come to figure prominently in the glassmaking business.

Raised by a Lutheran minister, Paul conducts himself in accordance with the teachings of his faith and has many friends. He also has a few enemies, including Harry McCabe. Paul and Harry have a common interest in a beautiful young Irish girl but are driven by vastly different reasons. Amy is the love of Paul’s life. For Harry, she is an object and the ultimate victim of his pathological rage. Paul and Harry’s paths unintentionally cross throughout their lives, even after Amy disappears, and at each intersection, violence and mayhem usually follow.

Set in Pittsburgh during the Victorian era, Crystal Reflections is a story of family, commitment, romantic love, and loss set against the backdrop of the glass industry for which Pittsburgh was famous long before steel. 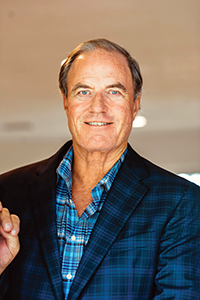 John Griffith was born and raised in Pittsburgh. He graduated from The Pennsylvania State University with a Bachelor of Arts degree emphasizing the military, financial, and industrial history of the U.S. between 1860 and 1945. He also earned a Juris Doctor degree at Duquesne University School of Law. He owned a financial services business in Pittsburgh until moving to Florida in 2002. Since then, he has served as an institutional investment consultant to many of Florida’s largest business and governmental entities. John currently lives on a quiet inlet on Tampa Bay with his wife, Betsy, and their dog, Lucille. Aside from his daily work, he writes books, sings, plays guitar, and uses his boat to explore the many natural and historic treasures around the Bay.