One God, One Story, One People 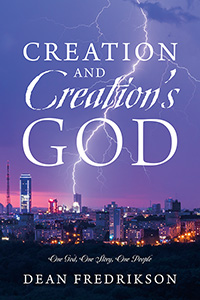 One God, One Story, One People

Any beginning, divine decree, or big bang is creative and free.

Genesis presents a vision of ultimate reality that provides a unified account of the origin of the universe, what it means to be human, and how Jesus Christ has demonstrated true humanity in a world of change and dominant evil. Creationists often fail to see that Genesis is not about the mechanics of creation, but instead is a presentation of a God different from all others. Some theories of evolution are metaphysical, not scientific in the sense of modern, empirical (testable) science. The story of creation is not an argument for the existence of God, or whether he created the universe in one perfect act, finished and never to be changed. The creation of material nature was, apparently, finished to the point where it could serve as the stage on which the drama of the creation of man could unfold, act by act. The “Adam” who was placed in the Garden of Eden alone was not yet the Adam who, with Eve, had the ability to talk with the creator and make moral choices. The personal, creator God of Genesis is still the creator God who is persistently mentoring humans to become the kind of persons who meet with his approval, in collaboration with whom he will fulfill his purposes in the creation of this world. Creation and Creation’s God offers an intelligent and compelling evaluation of the story of creation, with an astute analysis that will appeal to biblical scholars, laypersons, and scientific-minded readers—and a must-read for anyone interested in the origins debate.

Dean W. Fredrikson holds a BS and MA from the University of Minnesota, with additional studies at BIOLA University and the University of Oklahoma. He served for 24 years in Portugal as a builder and instructor, taught at the Oak Hills Christian college for 22 years, and retired in 1998.