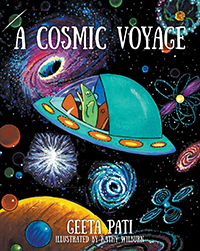 This is the first part of a book series titled A Cosmic Voyage. After the moon adventure of the three animal astronauts—a fish named Finny, a rabbit named Happa, a crow named Chalu, and their counselor, a wise owl named Guru—leaves them stranded on a lunar orbit, they helplessly wait for rescue. While waiting, the wise owl Guru decides to teach the animal astronauts about the universe and its contents. While listening to Mr. Guru, Finny is astonished to find himself alone, zipping through total darkness in space-time in a spaceship—an ultimate time machine with an on-board supercomputer. Finny travels 13.8 billion years back in time, and witnesses the Big Bang and the creation of the basic elements of matter in the universe within the first three minutes of the Big Bang. After a lo-o-o-ng interval of 380,000 years, Finny witnesses the creation of atoms, leading to the creation of stars and galaxies in the cooled-down universe.

The story and the characters in the story are fictional, but the science and the scientific facts in the book are up-to-date. To make science interesting for children, the elementary particles and other space entities are personified: they talk, they sing, and they even dance like performers on the stage. 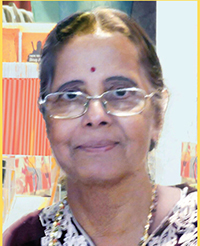 Geeta was born in India and received a graduate degree in Psychology prior to immigrating to the United States. Since then, she has been devoted to the education of children in the physical and biological sciences. She was a volunteer teacher in an elementary school in Maryland, she raised four children. Her husband is a Physics Professor. 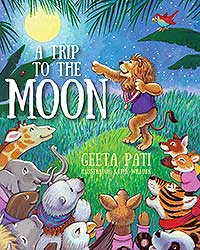