by Cynthia A. Christman 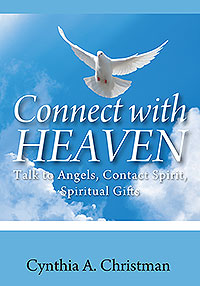 by Cynthia A. Christman

We Can Talk with Our Loved Ones in Heaven!

In her first message to me from her new world, my twin sister Terri described her transformation to spirit. “There was a swirl of energy surrounding me; my energy became encompassed and encased into that energy. It was a breath of the fresh air I had longed for, for so long. A weary soul was able to return home fulfilled.”

We were all born with the innate ability to see and hear angels and the spirits of our deceased loved ones. We played with them. We talked with them. We were friends with them. Unfortunately, for most of us, the adults in our life didn’t remember their childhood friends. They told us that these beings were imaginary because they could no longer see or hear them. When we stopped talking to them, our friends went away. They were still around us; we just could not see or hear them anymore. And because we could not see or hear them, we accepted the mistaken belief that we need to see or hear something for it to exist.

In Connect with Heaven: Talk to Angels, Contact Spirit, Spiritual Gifts, you will find methods to re-discover your lost gifts of communicating with angels and the deceased, along with dozens of riveting, first-hand accounts of spiritual experiences.

What would you ask a loved one in Heaven? What would they tell you about their new world?

When the angels came, they took Terri’s unique essence and personality, her spirit. That part of her is alive and well on the Other Side. The angels left the shell, her earthly body, because it was no longer needed.

We had initially been told by the police what was apparent at the scene of the accident that took her life. Terri’s black Jeep had hit a concrete barrier and tumbled down a cliff. Terri had died at the scene. After receiving that news, I couldn’t think of anything except how scared she must have been in those final moments.

What a relief it was to find out what really happened. In Terri’s first message to me, she told me that the angels said she would soon be going home. She didn’t want to die in front of anyone. She told me she was driving on the freeway when she instinctively knew it was her time. She was relieved that none of us would have to witness it. She explained how the angels came and took her before the accident, and how they guided her car off the cliff so no one else would be hurt.

“I saw the accident because I was already out of the car when it happened. I was floating above the car with the angels. I have no memory of the accident other than the angels,” she said. “I didn’t feel any pain or suffering. I felt nothing but peace as my spirit left my body. I felt the most joy and happiness I felt in a long time as I left the car.

“There was a multitude of angels around me, very excited and child-like, to welcome me back home. One angel, of masculine energy, showed me the kingdom I had built, and showed me the people I had helped during my time on the Earth Plane.”

She talked of seeing bright splashes of orange; she said the angels explained that it represented fire. Fire representing the passion she had ignited in herself and in those she taught.

“There was a swirl of energy surrounding me; my energy became encompassed and encased into that energy. It was a breath of the fresh air I had longed for, for so long. A weary soul was able to return home fulfilled.” 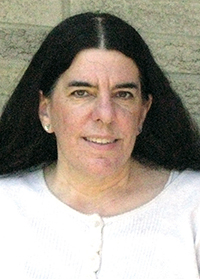 Cynthia A. Christman discovered Spiritualism shortly before her husband passed in 2003. She soon realized the imaginary friends her disabled daughter talked to each evening were actually the spirits of deceased loved ones. Her first book, If You Plant Roses, You Don’t Get Carnations: An Introduction to Spiritualism, was published in 2008.