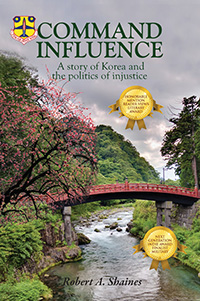 “I hope our dearest wish can move the heavens, And the heavens send us fresh spring water and peaceful doves.” - from “Daffodils of the Sun” by Seo Young-sun

George C. Schreiber was a twenty-five year old second lieutenant in charge of an Air Police guard unit in Pusan, Korea. A year earlier, in 1951, he had innocently been teaching fifth and sixth grade children in Brookfield, Illinois. A year later, he was convicted by a general court-martial of premeditated murder. The unconscionable injustice made no sense to twenty-three year old Air Force lawyer Robert A. Shaines and Schreiber’s story has haunted his thoughts ever since. Command Influence chronicles Shaines’ first hand observation of the dramatic events leading up to the trial of Schreiber and two of his contemporaries and shows how he, Schreiber and others became pawns in a power game among ambitious and vindictive men eager only to please those who could advance their military careers. This series of events would ultimately involve the Chief of Staff of the Air Force, the Governor of Illinois, the President and the Supreme Court of the United States and bring about a change in the law which would reach the highest levels of government. A fascinating tale of military and legal history, Command Influence is also a captivatingly personal vindication of the conscience of the author, who comes to understand that he and Schreiber were a couple of dedicated, but naive and trusting young fellow officers whose lives and characters became permanently shaped by these events. Both were victims in their own ways. 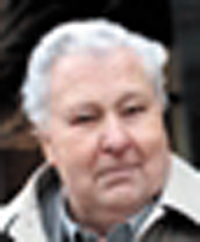 Robert A. Shaines is a practicing attorney in Portsmouth, New Hampshire. He was awarded the Korean Service Medal in 2010 by the President of the Republic of Korea. His next book is a work of fiction based on his experiences working for the Defense Nuclear Agency in the former Soviet Union from 1992 to 1996.