"They have our weapons, Mr. President!"

After a foiled assassination attempt, Grace trails a terrorist across the Middle East, the South Pacific and Mexico to uncover his plan. Sahm Mahaz bin Batal, a terrorist financier and dealer in death, has gained access to the most secret - and least expected - defense weapons the US has ever created. Allied with a bitter enemy of the United States, he is bent on destroying as much of the United States as possible.
Despite gunfights, exploding houses and an embarrassing pair of wounds, Grace is tasked by the president to put an end to the madness – a war that should never have happened.
She readily undertakes the task, but runs into trouble when escaping with a wounded comrade. She couldn't resist snatching the man she considered responsible for enabling the war. And causing the death of a best friend.

“What are you doing here?” Grace demanded, loudly enough to be heard over the wind rushing through the open windows. “Are you following me?”
“No, not you,” Asif gasped, “the same man that you follow.”
“Is that him back there, chasing us?”
“No, he’s already gone.” Halting the impromptu interrogation, he said, “I’m hit. Help me in, please, so I can check it out.”
Grace instructed Indra to slow down long enough to slide him through the window, after Grace crawled around her bucket seat into the cramped hatchback.
They found the bullet had entered Walid’s side at such an angle, it came out his back and didn’t seem to have hit anything vital, but blood was flowing freely. The pain was excruciating. He asked for something to staunch the flow of blood, and Grace reached in her bag, bringing out a hand towel.
“Here you go,” Grace said, as she handed him the towel, then she noticed the pistol in his lap.
“Thank you,” he said gratefully.
Grace let him work for a few moments before letting him know she had a gun trained at his back. They looked at one another, and he acquiesced as she reached to retrieve his pistol.
He asked, “Do you have a place to hide?”
“Possibly, but thanks to you, I’m driving another car with bullet holes in it,” Indra said sarcastically, letting Asif know she was displeased with his entrance.
“I have a place,” said Asif. “Down the coast, a few kilometers.”
“Right,” said Indra. She pushed the car for all the speed she could control, and soon they came to the main road. She slowed at the stop sign, looking both ways, then floored the accelerator turning right toward town, leaving tracks in the rock and short black skid marks on the highway.
“The other way!” exclaimed Asif.
Indra look at him, eyes squinting in anger, and said, “I know that; you told me. Sit back and shut up!”
A hundred yards down the road, she pulled to the right as far as she could, making a U-turn, once again taking off, but leaving no indication she had turned around. Asif looked at her with a quickly re-assessed respect. 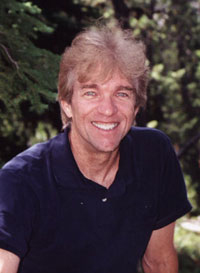 Reared in rural Northeast Texas, I joined the US Marine Corps in 1971. I earned my BA at East Texas State University, and now reside in Dallas, Texas. The Cinco de Mayo Reckoning has been in mind for years. I found inspiration for a hero hiding in plain sight.