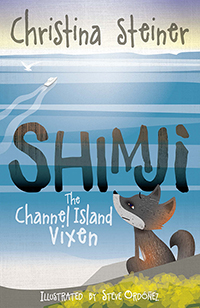 Shimji, a young Channel Island vixen, dreams to go where no Island fox has ever gone: to the place her ancestors came from thousands of years ago. By talking with a sea lion named Malibu and a seagull named Topanga, she finds the island’s harbor and stows away on a boat headed to the California coast. During her adventure on the main-land, Shimji befriends wild and domesticated animals. She learns from their different ways and thus gains knowledge of the world. Her curiosity satisfied, Shimji longs to return home, only to be discovered by humans. Scientists want to send her to a zoo. Can Shimji escape and find her way back to her island home?

Christina Steiner uses enchanting stories to introduce children to the amazing, natural world. She spends her time away from the computer with her partner, two daughters, two grandchildren, four dogs and a horse. Living in Ventura, California within sight of the Channel Islands inspired her to write her fourth children’s book. Shimji, the Channel Island Vixen is a thrilling adventure about the only carnivore unique to California. 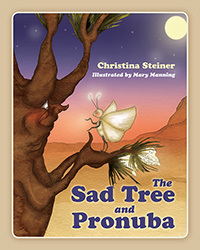 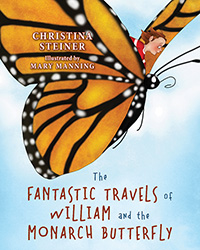