Sequel To Looking For A Change 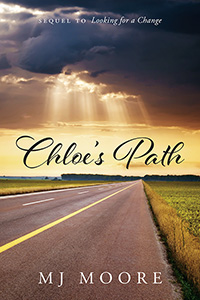 Sequel To Looking For A Change

In the highly anticipated sequel to Looking for a Change, Chloe rebels after the separation of her parents, and finds herself on a downward spiral of self-destruction. At sixteen, she has been suspended from school, banned from the bus, and called to the principal’s office more times than her mother can count. Chloe idealizes her grandmother, and is shocked to learn that the old woman isn’t the saint Chloe has always believed her to be. Despite her troubled heart, she begins to listen to her grandmother and realizes she wants the kind of love her grandparents share. And when Chloe meets Ronnie Mason in a chance encounter, she knows she has found that special kind of love. Ronnie and Chloe listen to and learn from the old couple and work to make their love as special as the love between Chloe’s grandparents. Through adversity and tragedy, they persevere, never giving up on their relationship. Chloe realizes that the old woman she has loved so deeply has been completely right all along: With a deep, abiding faith in God and the love of a good man, her life will always be on the correct path. Chloe’s Path is an inspirational and uplifting novel about love, life, and the choices we make along the way. 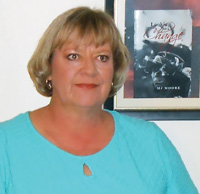 MJ Moore has a passion for writing adult romance novels. She continues to trust her own faith and pursue her dream with Chloe’s Path, the sequel to Looking for a Change.