Children of the Gods

Sequel to Mind vs. Matter 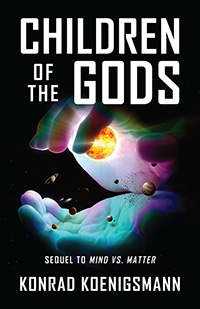 Children of the Gods

Sequel to Mind vs. Matter

The riveting sequel to the highly acclaimed Mind vs. Matter

IT HAD ALL BEEN A DREAM...Karl von Liebnitz, Will and Pierre Hartford, and others are plunged straight into a place where nothing is impossible...and where they become pawns for great beings fighting among themselves for ultimate control. A mysterious being known as the Entity, creator of this place, plans to free himself from his forcible exile and reclaim what he believes is rightfully his. To this end, he attempts to put several of the humans under his control. His main rival, Tolzarx, also attempts to take control of several other humans. To the humans, the Entity is akin to a god, and Tolzarx and his fellow beings are not far behind. As the Entity and Tolzarx gear up for a fight, Karl, Will, Pierre, and the other humans attempt to keep their identities and carve out their own place, away from the battle─but eventually they have no choice but to play an integral part in the outcome of the fearsome clash. Will they save themselves and their new home? Or will they kill and be killed in turn? Children of the Gods was named a finalist in the category for authors under 25 by the 2019 Next Generation Indie Book Awards.

Self-Publishing Review: "A clever and creative origin story, Children of the Gods by Konrad Koenigsmann presents another potential explanation for humanity's origins in an expansive and erudite work of fiction. After popping from a timeless void, a greater being bred his assistants, gods in all but name, who in turn designed humanity as one of many experiments. However, when those humans manage to escape into reality, they must wrestle with the philosophical weight of existence as well as the knowledge that they were never meant to be real. Koenigsmann takes a new angle on ancient mythology, with unruly children eventually betraying their masters and fathers, questioning everything and disobeying the rules. Readers can see the similarities between ancient myths and this updated retelling, but the modern touches do make this story more accessible and engaging. This heady and introspective novel, much of which takes place in the Republic of the Mind, is not a light read nor an easy one. Packed with a complex hierarchy of characters, unusual technologies, and a dynamic plot that never sits still, readers are forced to stay on their toes and immerse themselves fully in this strange world. Disjoined as the book may seem at times, the manic pace and endless creativity make the novel well worth the read. Overflowing with magical powers, strange mysticism, petty gods, and human foibles, Children of the Gods is a bizarre adventure borne from the mind of a uniquely talented author." 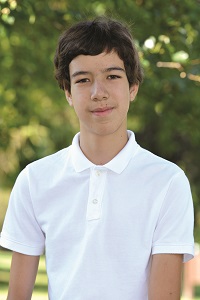 Konrad Koenigsmann wrote his award-winning debut novel, Mind vs. Matter, while he was in eighth grade, followed by the sequel, Children of the Gods, three years later. His interests include science and classical music. He lives in Congers, New York. 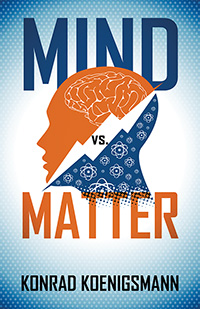 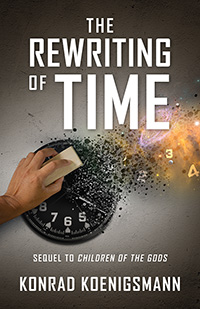