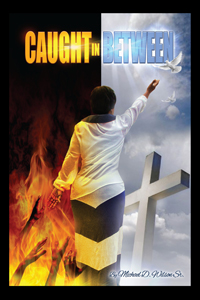 She felt so bad about what had happened last night, that she couldn't face Sparkle or herself.

Caught in Between, is a book which shows not only the physical side of a love relationship, but gives an in-depth view, of the emotional side of true love and a love that is considered to be taboo in today's society. This ever-growing taboo is becoming so popular, that you will be overwhelmed by who comes out of the closet, without any embarrassment or shame. In Caught in Between, you will see how a pretty boy's pimp life, is changed with the help and love of a beautiful young lady, who was pursued by a childhood friend; who also wanted to introduce her to the kind of relationship that was forced on her, when she was an innocent child by a close relative. In this superb drama, you will see how a young man, who takes advantage of young women with his charm and good looks, is Caught in Between, when he meets his match and will learn that too much of a good thing, is not so good after all. His life does a complete turn-a-round and he becomes an intricate character in this magnificent novel. We have another character in this thrilling novel that will just chill your bones, when you read about the underhandedness and evil acts he performs. Caught in Between, is a novel that is packed full of suspense and surprises. So, if you are the kind of reader I think you are, this will be one of the most thrilling novels you have read and hopefully fall in love with. 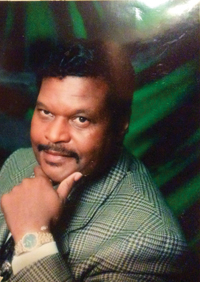 The author grew up in a family of five boys, a father and mother. He was very much male orientated. When he was in his thirties, he met a young woman and his thinking concerning certain issues around one's sexual orientation, changed. They became very good friends and shared many personal secrets. One of her secrets was that she was gay. He was shocked to hear that. You see, his vision of a lesbian was a rough and tough, tomboyish type woman, but she let him know that lesbians come in all shapes, sizes and persuasions, and they love and want to be loved like anyone else. She let this author know with authority that she was all woman, (with great emphasis placed on All). This true friend of the author's, inspired him to write, Caught In Between.