Buried in The Heartland 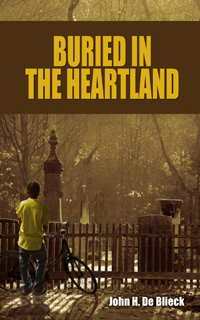 Buried in The Heartland

A Dead Man. A Split-Second Choice. And a Lifetime of Consequences.

When Lee’s mother dies in a hospital in a small Minnesota town, Lee blames the incompetent doctor and threatens him in public.The doctor disappears during a hunting incident in which Lee is involved and Lee fails to help the authorities by concealing evidence about the doctors disappearance. Lee’s next action will change his life forever-and put him under a microscope that could undo everything he has ever worked for. Now Lee is about to involve those he holds most dear, including his priest brother, as he attempts to hide the suspicious circumstances of Dr. List’s disappearance. But with the authorities and news media poking around ,it’s only a matter of time before more information comes out. Will the information sign Lee’s death warrant -or set him free? And what about Carolyn, the sexy attorney who Lee’s been seeing recently? Can she help him-and should he even enlist her in his fight? A smart and savvy thriller about the choices we make and the lengths we’re capable of to hide our innermost demons, Buried In The Heartland will keep you guessing- right up until the thrilling conclusion.

John H. De Blieck traces his roots to the Minnesota heartland, the setting of this novel. There, he learned to love the lakes and rolling hills – where the immigrants turned the prairie sod into the best food-producing land in the world. He currently lives in Idaho with his wife and two dogs.