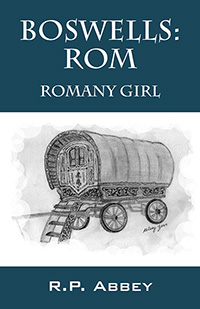 An ancient horror is resurrected.

A teenage Roma Shuvani and her twin brother battle an ancient menace, travelling across time and space from Medieval England, across war-torn France, the land of Dracula and into ancient India under threat from Genghis Khan to find the answer to the horror that has descended onto rural England. It all starts when a Professor of Archaeology’s car breaks down and while it is being repaired he goes for a stroll in a nearby meadow, stumbles, falls and finds an old coin. It ends with climactic battles between the Roma (gypsies) and their foes, between the Shuvani and the ancient menace that she has to defeat to rescue her brother, who had sacrificed himself to save her. In between there are ghosts, mayhem, dukkering, odd characters, chuckles and chills. Enter the gypsy world of superstition, magic, old feuds and Tarot. She must also overcome resistance from her parents to follow her passion, rejection by her religion but encouraged by a grandmother whose particular talent allows her to see the future. When it is all over, lives are altered forever.

Wlfemescote, Summer Eve, 1555 Anno Domini Nothing eventful ever happened at Wlfemescote. Until…. The small hamlet of Wlfemescote sat by the banks of the River Leam, baking in the summer sun, for this summer had been unusually hot and dry. The mud and wattle huts of its few dozen inhabitants sat in a circle surrounding an open space, which in its turn served as a marketplace, a meeting spot, and a place for celebrations. It boasted a small water mill that was used for grinding the grain that the peasants managed to grow on their small lots, and from nearby settlements. Sir Hugh de Thornyecruftt, whose small fortified dwelling sat on a hill overlooking Wlfemescote, owned the land that it sat on. As was the custom in England, the peasants of the hamlet paid tithes to Sir Hugh from the existence that they eked out of the land. The one inhabitant that was a little better off than his neighbors was Tom the miller, who owned the water mill. Some distance off, in a meadow by itself, sat a small, solid stone church with its square Norman tower. Close by the hamlet was camped an itinerant band of so-called “Egyptians,” who had arrived just recently. They were actually gypsies, who used the title Egyptians to deceive locals into believing that they were one of the lost tribes of Israel. This belief was useful in obtaining favors and sustenance from their hosts. The gypsies were not Egyptians, but tribes from far-off northern India who had been forced out by waves of invaders and had been wandering westward ever since for several centuries. Nothing eventful ever happened at Wlfemescote. Until the Egyptians arrived…with their fellow travelers. 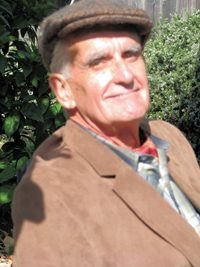 Drawn from life, research and imagination, it started with the remark about my great-grandfather, Philip Boswell, “He was an Irish Tinker and Horse Trader.” Accelerated when finding my DNA stretched from England to Transylvania. The author lives with his wife, Ruth, and dog, Jewel, in California. Contact Info: Danetre.Ted@gmail.com Available at Amazon.com as a paperback and Kindle version