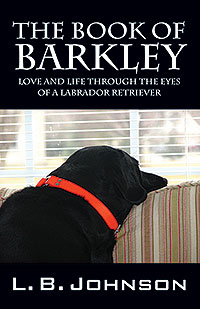 After a Lifetime of Challenges, the Best Adventure Was Still Waiting…

L.B. Johnson knew how to get things done. She had been immersed in a world of complex puzzles, and tangled story lines of physical and governmental laws. She was quite sure she was up to the task of raising a black Labrador retriever puppy. His name was Barkley, and in being himself, he led his owner down a path of joyful discovery, loving frustration, and self-sacrifice. Their journey together will speak volumes to anyone who has ever had a beloved animal as a heart’s companion…from the gentle nuzzles that healed in moments of crisis, to the saintly patience needed to deal with a small pink ball with feet, named “Mr. Squeaky,” who interrupted many hours of sleep. It is the story of rambunctious trespasses such as “the bacon incident,” and the loving trust that bound a woman and her dog together in unspoken understanding. The Book of Barkley is a tribute and memoir that will resonate with everyone who has reached out unthinking to pet a beloved animal…only to remember that a beloved friend is no longer present. Honest, transcendent, and beautifully written, The Book of Barkley is a love story that will enrich every animal lover’s library.

Barkley and I took one last walk out into the openly wooded area that runs for a half mile behind this new development, back to a little pond where he first learned to swim. Tonight, I stood at the crest of the rise of sand and dirt that made up the lip of this water filled bowl. Man made or nature made; it was hard to tell, for the perfect shape of the pond. But given the location, it was probably man made. The moon cleaved the pale waste that was sky, the sun having left like low tide, leaving this place in the shadow, just the form of a red haired woman and the dark grieving of earth. I looked down and saw it, the pale abandoned nest of a Canadian goose; the goslings long having been hatched if the eggs survived both rising waters and predators. I pictured the water moving, like slow waves, but it was as still as I. We both seemingly waited for something, an act of fate, of destiny, the irrevocable sentence of time that's passed or perhaps, an invitation. I wondered if I came back in ten years, if this place would still be here. Or would it be plowed into yet another row of Monopoly houses, another neighborhood of lives and love, fights and frustration and unborn children who can't wait to grow up so they can leave this place, then wish desperately that they could return. They say you cannot go home again, and perhaps as far as a childhood home, that is true. But what of the memories of other places we hold firm in our mind's eye? Some of them we have a name for, our elementary school, the river where we dove as far out as we could into the dark water, a place where church bells rang. In the Book of Genesis, the world was formed out of wind and chaos. “And God called the dry land Earth; and the gathering together of the waters called he Seas.” Sometimes, the incredibly complex can be summed up in one word. Some things have no words at all, their form remembered only in the etchings of tears. But of those places, both named and unnamed, there are places you are drawn back to, years later, praying they are not changed, and knowing it will not be so. I hope in ten years Barkley and I can come back here, if only to wave at the house in which I raised him to adulthood, as to an old friend. 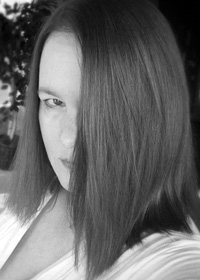 L.B. Johnson left her family home on the West Coast to pursue a career as a pilot and later, one in federal service. She and her husband live in Chicago with their Rescue Lab Abby. 100% of the sales of The Book of Barkley support animal rescue.. 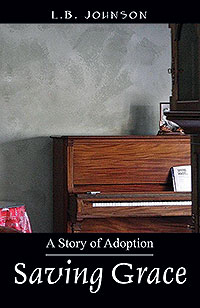 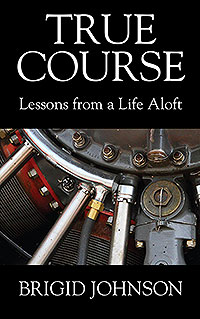