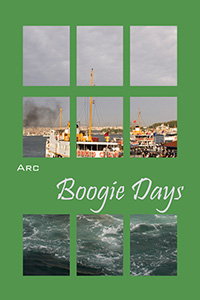 Coming of Age in Guyana

Rudy is a twelve-year-old boy living in the big city with his great-aunt. His world is suddenly turned upside down, when one day his mother shows up and whisks him away to live with an aunt, in a small mining town, some 90 miles upriver, in a tropical rain forest. Rudy struggles to fit into this religiously conservative society. The dangers of the environment, youthful romances, and a tyrannical household in which he finds himself, all make for a hilarious, often-times tense, and sometimes poignant story. You will be rooting for this unlikely and irresistible hero throughout Boogie Days—a powerful, highly entertaining novel.

"It was three weeks into the school term when Dorothy walked into class ten minutes late. Mr. Jonas stopped her at the door, in order to talk to her. She brushed past him. As Mr. Jonas turned towards her, reaching out to touch her arm,she whirled around and gave him a resounding slap across the right cheek." 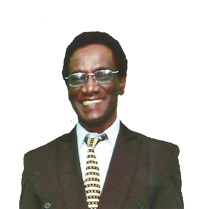 Albert R. Cumberbatch, Ph. D, is a native of Guyana, a small, English-speaking country on the northern coast of South America. On migrating to the United States, he settled in Boston to attend the University of Massachusetts, where he graduated with bachelor degrees in biology and psychology. He likes to say he spent over half of his life in a high school science classroom, and most of his life as an environmentalist. Along the way, Dr. Cumberbatch earned an MA (Ed) and a Ph.D (Env. Ed.). He decided to finally write “to put the demons in his head, yearning to break free, down on paper.” This is his first novel. Dr. Cumberbatch currently resides in Atlantic City, New Jersey.