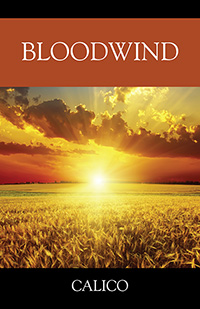 Through the eyes of a psychic, Melanie Fisher, a cataclysmic event becomes manageable when a scientist provides the link to an early warning system. However, when she predicts the big one and his invention falters, she is left with the daunting task of proving her credibility to a world of skeptics. For years, she had kept a journal of her earthquake premonitions and even majored in geology so as to understand them better, but no one had been even remotely interested in her findings. And now that a major earthquake was eminent, she didn’t hesitate to contact York, an expert in the field. But although she was drawn to his expertise, she found herself hopelessly magnetized by his charm. Up until now, Jerry had been the only one in her life; and even though he disliked her weirdness, their marriage had seemed inevitable. But then, York happened. And so, with a sacrifice of the heart, she is forced to choose between two warring men in order to save the population from the wrath of a monster quake!

Gradually, the chopper began to tilt to the left, making a wide turn to the north; and suddenly, after passing over a small mountain peak, the large crack in the earth known as the San Andreas Fault lay bare in front of their eyes. At first sight, it appeared to be very fragile, as if it could break apart at any moment; but as the chopper began to follow it, it appeared to go on forever, taking on a rugged and formidable character. As Melanie gazed upon the awesome sight, she realized the gravity of her predictions for the first time. Grappling with its horrendous size, she began to see that at any given moment, the whole landscape could be altered forever! The words ‘cataclysmic event’ came to mind. She remembered reading about how dinosaurs were found frozen in ice near the North Pole with undigested tropical food in their stomachs. And now, looking down at the magnitude of this great fault, she began to understand how such an event could have actually occurred; and the mere thought that it could happen again was unnerving!

“Calico” is a professional psychic who has been helping people with her gifted insight into their careers, investments and relationships for over twenty years. You too, can reap the benefits. Call 1-800-947-5883 or visit http://www.calicothepsychic.com for a personal reading.