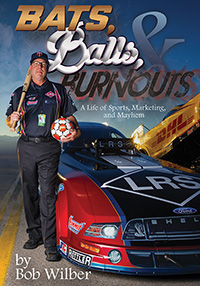 "Bob Wilber grew up steeped in the baseball of a different time. He became part of the game professionally, along the way meeting countless unforgettable characters and collecting the memories of successes, disappointments, and adventures detailed here. The baseball parts of 'Bats, Balls, & Burnouts' really resonated with me. As for the drag racing, dear reader, you will have to consult a source more familiar with the sport than me." -Bob Costas, Broadcaster, NBC and MLB Network "I give Bob a lot of respect for the passion he has displayed for everything he has been a part of. This book brings his journey to life.” -Antron Brown, 3-Time NHRA Top Fuel World Champion "I highly recommend reading this compelling book about the sports-based life of Bob Wilber. The baseball world has so many different adventures, at every level, and the people that are in the game are there for the love of the game. It’s clear in ‘Bats, Balls, & Burnouts’ that the same goes for sports like soccer and drag racing.” -Bert Blyleven, Former MLB pitcher and Baseball Hall of Fame Inductee “Whether he’s hitting home runs, selling soccer tickets, traveling the world, or watching a Nitro Funny Car go from zero to 300 mph in four seconds, Bob Wilber tells the tales powerfully. Bats, Balls, & Burnouts is a joy to read.” -Bob Griese, former NFL quarterback and member of the Pro Football Hall of Fame “Bob Wilber made a big name for himself in the NHRA world because of his fantastic writing style. 'Bats, Balls, & Burnouts' takes it to completely new level. A great read from front to back.” -Ron Capps, 2016 NHRA Funny Car World Champion 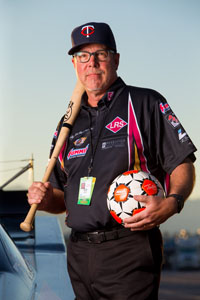 Bob Wilber grew up aspiring to follow in his father’s baseball footsteps, and while he was able to secure a full college scholarship and later spend parts of six years in professional ball, as a player, coach, and scout, his mother’s writing, communications, and public relations skills were what eventually defined his career. After a successful and adventurous sports-marketing trek through the sports-apparel business, agency work, and professional indoor soccer, he saw his first drag race as he closed in on his 40th birthday. Little did he know that he’d go on to spend 20 consecutive years as a team manager and PR representative for Del Worsham and then Tim Wilkerson, two of the most popular Funny Car drivers on the NHRA tour. At the conclusion of the 2015 season, Bob ended his drag racing run in order to take on the lifelong dream of writing "Bats, Balls, & Burnouts." 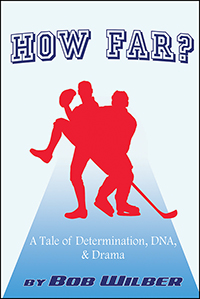