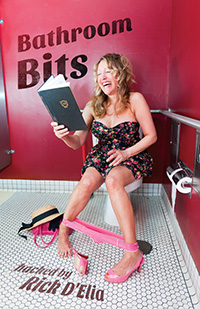 The ultimate collection of the world’s greatest street jokes! 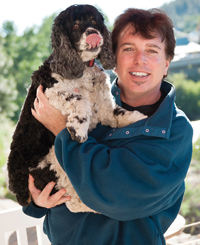 Rick was a recurring sketch performer on The Tonight Show with Jay Leno whose keen observational humor & quick wit lead him to the finals in the prestigious San Francisco International Comedy Competition. People are talking about this kid. What’s the latest buzz? “Never heard of him.” - Film critic Jeffery Lyons “Never heard of him.” ... Rick’s father “As long as he stays the required 500 yards away at all times, I don’t give a rat’s ass what he does!”—Rick’s ex-girlfriend While maintaining that 500 yard limitation, Rick has appeared on other TV shows such as Comedy Central’s Stand-up/Stand-up, Comedians Unleashed, Grand Slam Comedy Jam, National Lampoon’s Funny Money and Starz/Encore’s West Coast Comedy. He has headlined all across North America and entertained our troops in Japan, Korea, Italy, Bahrain, and Germany. Off-stage, Rick has produced & sold three stand-up specials to Showtime: Going Native (2009), Green Collar Comedy Slam (2010) and The Godfathers of Comedy (2011). In 2006 this “wicked die-hahd” Red Sox aficionado had his first book published: How to Talk to a Yankee Fan ... a tongue-in-cheek look at the rivalry between the Yankees and the rest of America. Today, in addition to stand-up, Rick is the director, writer, and co-host of the Half Hour Happy Hour — a late night comedy show on the CW Network in northern Nevada & California. He is also the proud father of a 9 yr. old Cocker Spaniel named Truckee. For more information or to contact please visit: www.rickydcomedy.com | www.facebook.com/rickdelia7 www.facebook.com/halfhourhappyhour