Ballad of the Blacksmith's Son 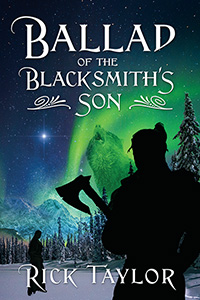 Ballad of the Blacksmith's Son

A varangian king wants him for a soldier

A blonde girl wants him for a trophy

A black wolf wants him for a feast

Keri, the teenage blacksmith’s son, hoped for a little more time between his first kiss and his last—but war and weather won’t wait. One of thirty chosen to serve the king, Keri joins a desperate forty-day trek out of their mountain refuge through a snow-buried wilderness. Disasters both natural and man-made defy their passage. And then the wolf pack shows up—unnaturally large, unnaturally led, and unnaturally desperate to stop them. Blood in the snow forces an unsteady Keri into physical and spiritual leadership roles he must master immediately.

When one more step means death, Keri looks among the thieves, pagans, and broken saints for help, but even his love’s star deserts him. Past voices point him to one chance. Grasping his uncle’s axe, he follows the one-eyed madman to face the demons.

Who will survive to write the Ballad of the Blacksmith’s Son? 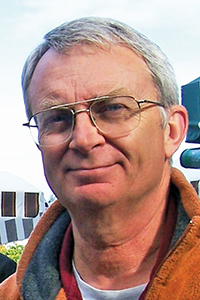 Rick Taylor is a retired soldier and high school teacher. He has written for regional and national magazines and penned a column for the local newspaper. He and his wife, Patricia, live near the Puget Sound, where they cruise and race their sailboat.