A World Without Conflict 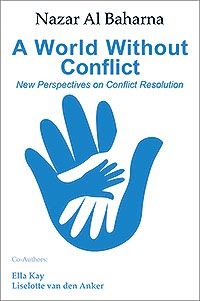 A World Without Conflict

Applying the CDE concept to conflict and post conflict states provides a means to achieve sustainable development and lasting peace.

Conflict is a complex and prevalent theme within the scope of international relations. It is multifaceted and can be dependent on a variety of factors. These can simply boil down to an incompatibility of goals or can be as complicated as a long standing ethnic or religious disagreement. Conflict is largely characterized by the context in which it exists and colored by the unique political and historical features of a given nation-state. Conflict zones are then further convoluted by already existing attempts to resolve the conflict as well as the disposition of the people most affected by the conflict. With these factors in mind, conflict analysis is a task that requires the careful assessment of several layers. Moreover, any endeavor to appease conflict zones must cautiously traverse social, cultural and economic issues (amongst others). Ultimately, conflict presents a difficult picture that must be carefully and appropriately approached. Where this book is directed is towards the ways in which conflict is analyzed, theorized and resolved. The modern face of conflict presents an increasing amount of wars as well as ongoing conflicts that are approached both directly and indirectly by the relevant parties. This is exacerbated by the fact that already existing methods of conflict resolution are not effectively implemented in such a way that is ongoing. A new concept called the Community Development Enterprise (CDE) proposes an approach of conflict resolution based on decentralization and micro-business economic models. Herein the CDE shifts the focus of conflict resolution to development based on empowering the individuals affected by the conflict by establishing community enterprises in states affected by conflict. As such, a fundamental aspect of the CDE is to incorporate a Human Rights Based Approach (HRBA) to development. The CDE essentially focuses on development rather than politics and therefore presents a type of resolution that is less diplomatic and more human in its approach. The proposed style of conflict resolution is accordingly better equipped to be ongoing and sustainable, and to enable human rights. This approach aims to evolve conflict resolution in such a way that it can transform to meet the demands of the modern international system. Conflict requires a dynamic response, and the CDE concept is dedicated to this cause. 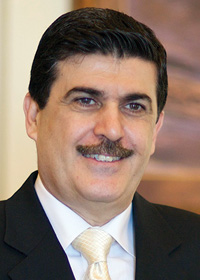 Nazar Al Baharna is an academic, entrepreneur, and former State Foreign Minister. He has considerable expertise in the areas of education, training, energy management, and technology. He has spearheaded reforms in policy and strategy, influencing critical decisions at the highest level and developing mutually beneficial alliances internally and externally. He has been at the forefront of human rights reforms, involving preparing the national government’s first-ever human rights report and action plan for presentation to the UN Human Rights Council. His recommendations were adopted as best practices by several developed countries in the council. 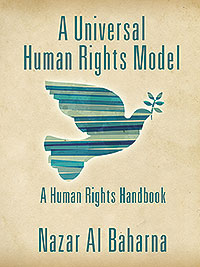 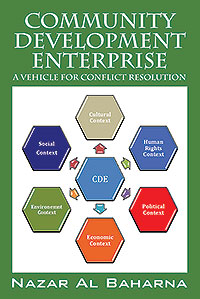 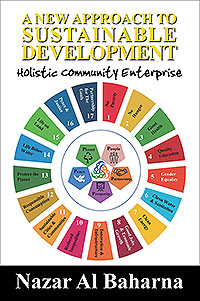