A Tale of Two Migrations 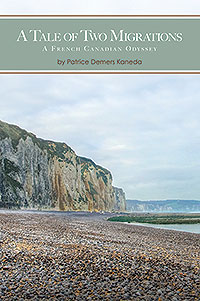 A Tale of Two Migrations

Between 1840 and 1930 millions of people passed through Ellis Island to New York from the countries of Europe, but what do we know of the descendants of the 10,000 original settlers of Nouvelle France, French Canada, who walked, came on horseback, or train and made their way to New England and to a new life during the same period? In this adventurous tale, Pat Demers Kaneda finds her family, real and imagined, in 17th century France and brings them across the sea to North America where they face hardship and unimagined challenges and leaves them in New England in the1950's to face a new decade. If you are one of the descendants of the Quebecois, this is your story. It is one more piece of the American mosaic. 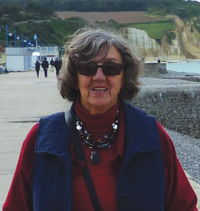 Pat Demers Kaneda was born in Southbridge, Massachusetts, one of the Little Canadas, and lived there until the age of thirteen. She had a career as a teacher and lecturer in Connecticut and Japan and turned to her love of writing when she moved to Chicago after retirement in the year 2000, where she has been a member of the Osher Lifelong Learning Institute at the Northwestern School of Continuing Studies and a frequent contributor of short stories and poems to the OLLI Journal. She and her husband Kunihiro divide their time between Chicago, Connecticut and Miami Beach.