As a Mighty Stream The Life of an American Rabbi 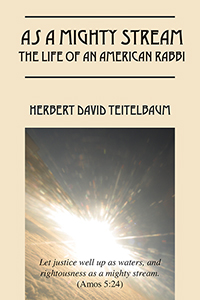 As a Mighty Stream The Life of an American Rabbi

From Korea to Krakow, an American Rabbi’s life in world events.

Rabbi H. David Teitelbaum is a native of San Francisco. In 1951 he was ordained at the Jewish Theological Seminary in New York City. He holds an M.A. in Educational Psychology from Teachers College, Columbia University. He served as an Army Chaplain during the Korean War. He joined Martin Luther King, Jr. in the struggle for civic rights in Selma Alabama in 1965. In a 1976 mission to the Soviet Union, he brought support to Jewish refuseniks. After serving Congregation Beth Jacob in Redwood City, California for 38 years, he is now Rabbi Emeritus. He has published four booklets on Jewish life cycle events. 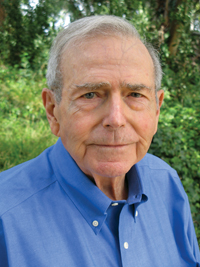 Rabbi Teitelbaum and his wife Robin have two sons and five grandchildren. The Teitelbaum’s presently live in a retirement residence in Palo Alto, California.